Acer is launching new versions of its 8 and 10 inch Android tablets. The new 8 inch models are aimed at consumers and come in a  choice of ten different colors, while the new 10 inch tablet is designed for education and comes with Google’s education tools for use in classroom settings.

But probably the most interesting thing about the new Iconia One 8 and Iconia Tab 10 tablets is that they both feature Acer’s new “Precision Plus” touch sensors which allow you to use just about any pencil, pen, or other stylus with the tablets. 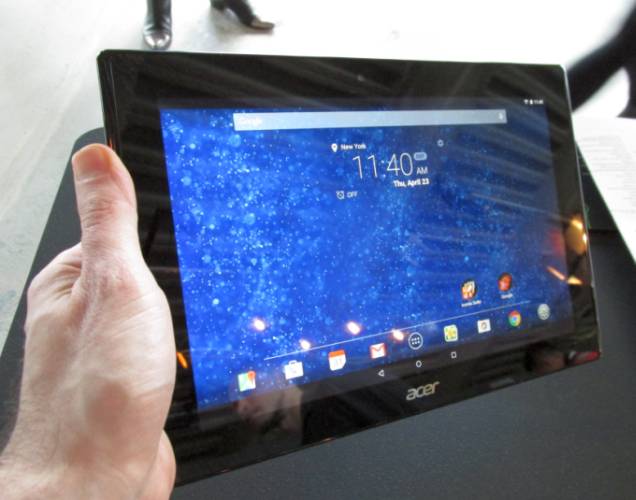 You can use your fingertips to navigate through Android apps and menus just as you would on most other tablets. But pick up a pencil and you can swipe or tap with it instead. Fire up a drawing app and you can draw with more precision than you’d be able to achieve with a fingertip. Handwriting apps should also be a lot easier to use.

Note that the tablets don’t have active digitizers and don’t support pressure-sensitive input. But the fact that you don’t need a special stylus to write or draw is pretty nifty.

The 10 inch tablet will be available with 16GB to 64B of built-in storage, features an IPS display with Corning Gorilla Glass 4, and has 5MP rear and 2MP front-facing cameras. It measures about 0.4 inches thick and weighs 1.2 pounds.

The tablet supports NFC for quickly sharing data between devices, has an anti-fingerprint coating, and Acer says it should last for up to 7.5 hours on a charge.

Acer plans to begin selling the Iconia Tab 10 in North America this May for $299. 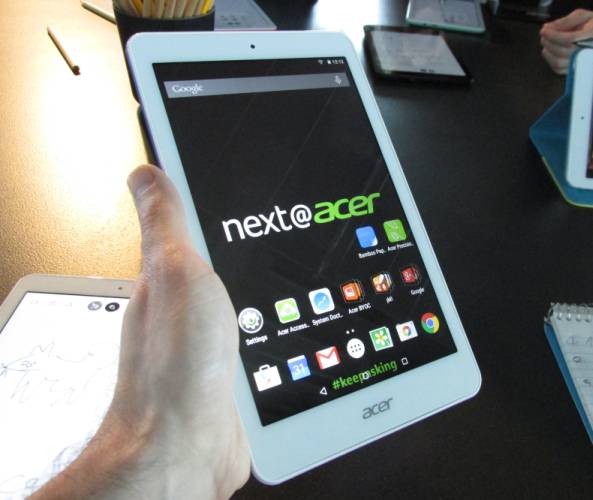 It has a 5MP rear camera and 0.3MP front-facing camera, and the tablet will be available with 16GB to 3GB of storage, features Android 5.0 software, and should get up to 8.5 hours of battery life.

This Iconia One 8 measures 0.4 inches thick and weighs about 12.5 ounces.

While the specs for this model are a little less impressive than those for its 10 inch sibling, it sells for about half the price. The Iconia One 8 should be available in North America in July for $149 and up.