Acer’s four newest Chromebooks include a new budget model with a MediaTek processor and a $270 starting price as well as higher-priced/higher-performance models powered by Intel Tiger Lake processors.

But the most unusual thing about Acer’s new Chromebooks? One has 17.3 inch display, making them the largest-screen Chromebooks from any company to date. 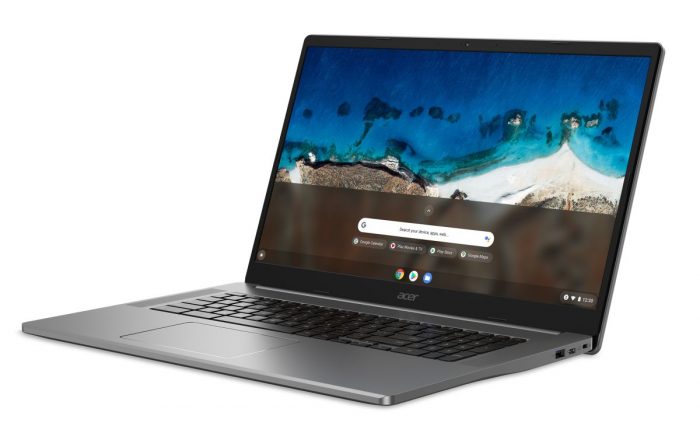 Available with a choice of touch or non-touch displays, the Acer Chromebook 317 has a full HD display with an anti-glare coating, slim bezels, and an optional webcam.

The big screen means there’s plenty of room for a full-sized keyboard, and Acer used the space to give the laptop a number pad and upward-facing stereo speakers as well.

Prices are expected to start at $380 when the Acer Chromebook 317 goes on sale in North America in June.

Acer’s newest 13.5 inch premium convertible Chromebook has a 2256 x 1504 pixel touchscreen display with a 3:2 aspect ratio, a 360-degree hinge that allows you to fold the screen back and use the notebook in tablet, tent, or stand modes, and support for up to an 11th-gen Intel Core i7 processor. 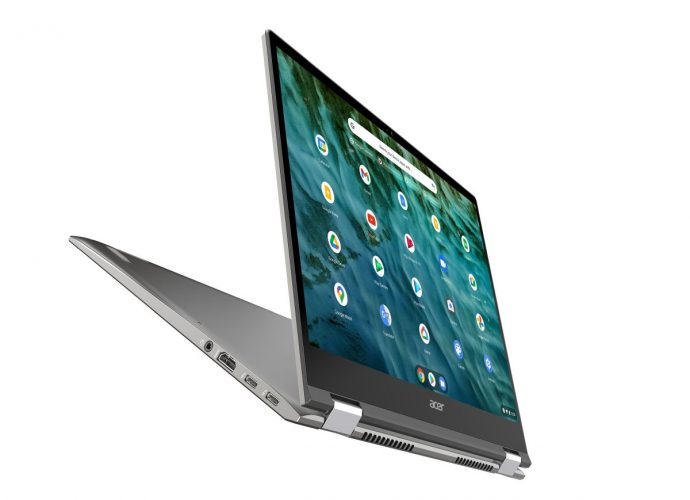 Weighing about 3 pounds and measuring less than 0.7 inches thick, the laptop has an aluminum chassis that has been MIL-STD-810H tested for durability, and the new Spin 713 has some premium features including two Thunderbolt 4 ports, DTS: Audio, and optional support for a fingerprint reader.

You can pick up an Acer Chromebook Spin 713 with a Core i5-1135G7 processor, 8GB of RAM, and 256GB of storage from Best Buy starting today, but other configurations should be available in the coming weeks.

Acer says a model with a Core i5-1135G7 processor, 8GB of RAM, and 256GB of storage is set to go on sale this week at Best Buy, although other configurations should be available in the coming weeks.

Acer will also offer an Enterprise edition of this laptop, which basically means businesses can pay extra for an upgrade to Google’s Enterprise services and support for Chromebooks.

Coming in August for $600 and up, this 14 inch laptop is also powered by 11th-gen Intel Core processors, features Thunderbolt 4 ports, and has a backlit keyboard and MIL-STD-H810H tested design. 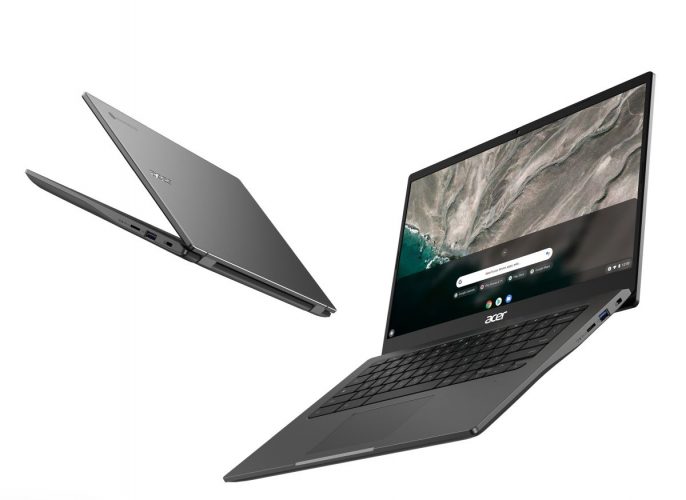 Acer says only the top cover of the new Chromebook 514 is metal though, suggesting that the bottom is plastic.

Other features include support for WiFi 6, a touchpad covered with corning Gorilla Glass, and optional support for a fingerprint sensor.

Acer will offer both mainstream and Enterprise editions of the laptop. 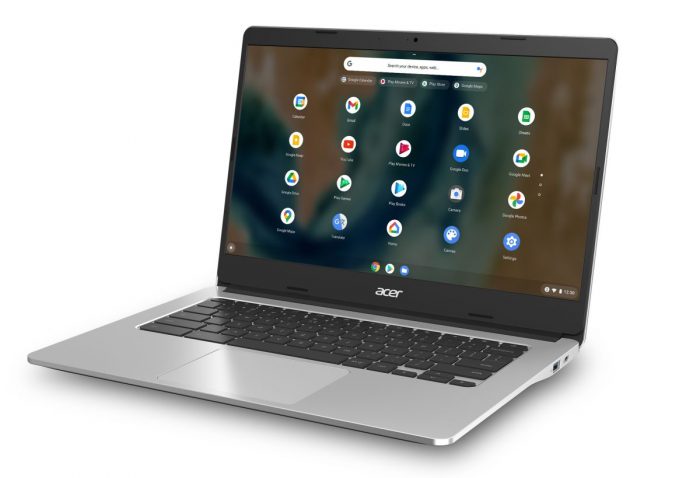 Acer says the new Chromebook 314 will be available with touch and non-touch display options.

including the first models from any company to feature 17.3 inch displays.

2 replies on “Acer’s new Chromebooks available with up to a 17.3 inch display”