Acer’s new C720 Chromebook looks a lot like the older Acer C710 model, and it’s expected to sell for the same $199 price. But the new model is thinner and lighter than its predecessor, and offers twice the battery life.

Google and Acer unveiled the new Acer Chromebook recently, but didn’t provide a lot of information about the hardware. Now the folks at Notebook Italia have had a chance to spend a little time with the Acer C720, and they’ve got some of the details. 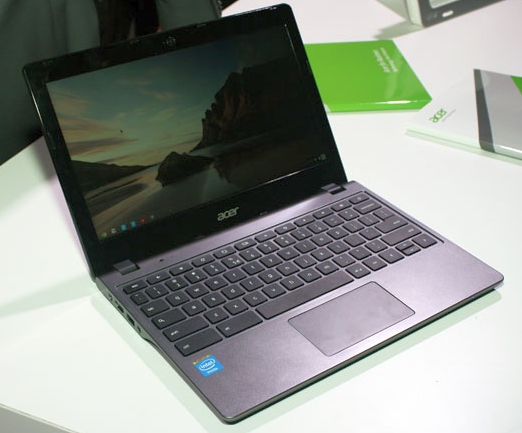 According to Notebook Italia, the laptop also has the same 1.4 GHz Intel Celeron 2955U Haswell processor found in HP’s Chromebook14. Despite the Celeron branding, that’s a chip based on Intel’s 4th-generation Core architecture, which means you should get better performance and much better battery life than we saw from older Celeron chips (like the one used in the original Acer C7 Chromebook).

The Acer C720 is also expected to be available with 2GB to 4GB of RAM, depending ont he configuration, and it features a spill-resistant keyboard.

There’s an SD card slot for extra storage, 2 USB ports, an HDMI port, an HD webcam, and a 45 WHr battery.