Google has been adding touch-friendly features to Chrome OS for years, and a growing number of Chromebooks have featured touchscreen displays. But Acer is the first company to cut the keyboard.

The new Acer Chromebook Tab 10 is a 9.7 inch tablet that runs Google’s Chrome operating system, supports Android apps, and has no keyboard (although Acer plans to offer optional cases later this year, including with a Bluetooth keyboard).

The tablet is designed for the education market, and should ship in the US in April for $329. 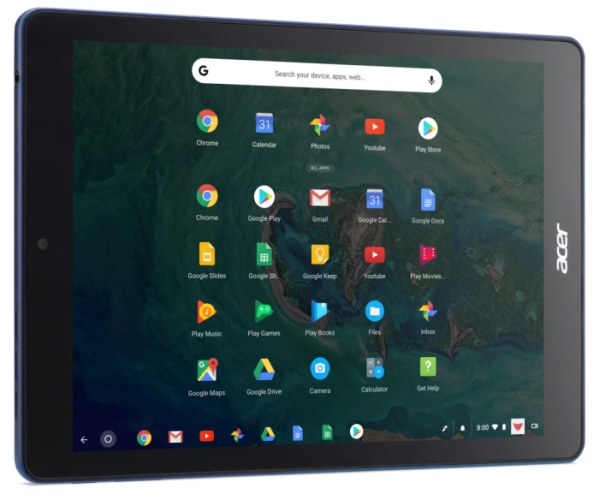 The Acer Chromebook Tab 10 will also be available in Europe, the Middle East, and Africa in May for €329.

If the tablet looks familiar, that’s because we got an early peek at it earlier this year when it was spotted at the BETT education technology show in London.

It has a 5MP rear camera, a 2MP front-facing camera, a 34 Wh battery for up to 9 hours of estimated battery life, and the tablet supports 802.11ac WiFi and Bluetooth 4.1. 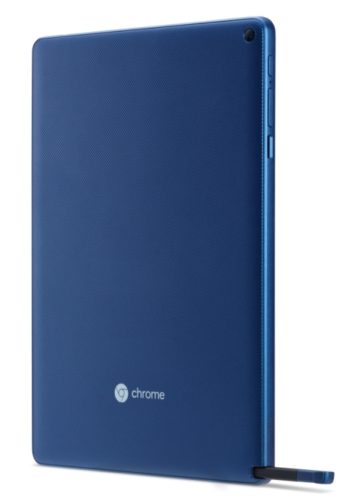 Overall, this is a pretty exciting development in the Chrome OS space. Thanks to Google Play Store support, the Acer Chromebook Tab 10 is basically an Android tablet that happens to ship with the full desktop version of Google’s Chrome web browser.

Like most Chrome OS devices, it should also get 5 years of operating system updates delivered by Google. That’s something no Android tablet has been able to deliver to date.

The $329 price tag is also pretty nice: the Samsung Chromebook Plus has the same processor, memory, and storage configuration as the Acer tablet, but Samsung’s model (which is a convertible notebook with a built-in keyboard) has a list price of $499. It also has a bigger, higher-resolution screen though, so it’s not quite a fair 1:1 comparison.

Meanwhile, the Asus Chromebook Flip C101 also has similar specs and a $299 price tag. But that convertible notebook-style devices has a lower-resolution 10.1 inch, 1280 x 800 pixel display and built-in keyboard.

All of which is to say, the price for the first true Chrome OS tablet seems pretty reasonable for folks that don’t need a built-in keyboard. You can always buy a separate Bluetooth keyboard if you think you might need one from time to time.