Acer offers a line of low-cost Android tablets with 7 inch screens. While there are a few different models, Acer confusingly sells all these tablets under Iconia One name. Go figure.

Anyway, there are a few Iconia One 7 models with Intel Atom Z2560 Clover Trail+ dual-core processors and prices ranging from $90 to $140. 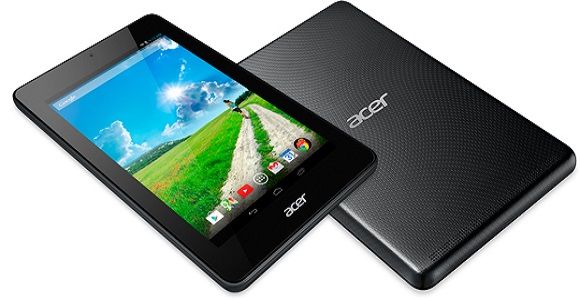 Acer also offers a B1-720 tablet with a MediaTek ARM-based processor, but that model isn’t part of the One family.

Anyway, the new Iconia One B1-750 isn’t on the Acer website yet, but it showed up at French store PC21 recently, and you can see specs for the tablets at the GFXBench website as well.

While the new model has a speedier processor, it’s still very much a budget tablet that sells for about 100 Euros. It’ll probably sell for around $100 to $150 in the US.