When Acer introduced the ConceptD line of computers earlier this year, the pitch was that these were high-end, high-performance machines aimed at content creators. But that basically meant they had the hardware you’d expect from a good gaming machine packed into a body that looked… a lot less flashy than a typical gaming laptop.

Now Acer is launching a new ConceptD Pro line of laptops that go a step further thanks to support for NVIDIA RTX Quadro graphics, which is aimed at graphic designers and video editors rather than gamers.

The move isn’t completely out of the blue. When NVIDIA introduced its new RTX Studio category in May, the launch lineup included an Acer ConceptD 7 model. But it turns out that was just the tip of the iceberg. 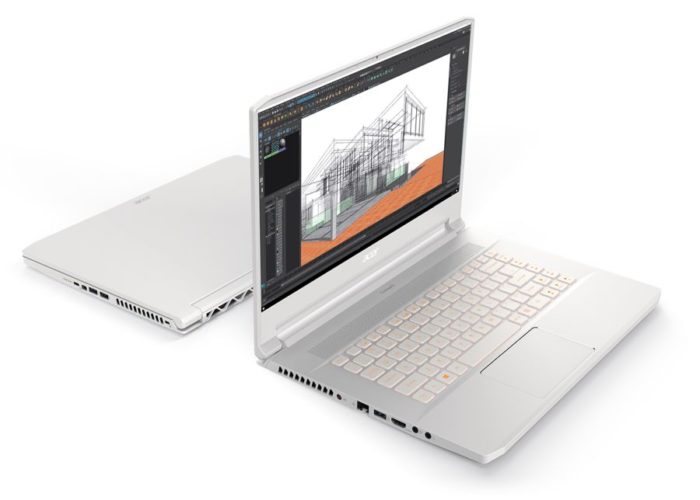 All told, Acer is introducing four new ConceptD Pro laptops at the IFA show in Germany this week:

The Acer ConceptD 3 Pro is coming in November for $1700 and up and it supports up to a 9th-gen Intel Core i7 processor and NVIDIA Quadro T1000 graphics. Acer says it’s also a quiet laptop, running at less than 40 dB.

Acer’s new ConceptD 5 Pro will be available with a choice of 15.6 inch or 17.3 inch 4K IPS displays, and the laptops feature a metal chassis and a PANTONE-validated display with 100-percent Adobe RGB color gamut.

The ConceptD5 Pro will be available in Europe starting in October, before heading to North America in December for $2000 and up. The notebooks support up to a 9th-gen Intel COre i7 processor, up to NVIDA Quadro RTX 3000 graphics.

The Acer ConceptD 7 Pro is coming to North America in September for $2700 and up, before hitting Europe in November. This model has a 15.6 inch, 4K UHD display and a body that measures 0.7 inches thick and weighs 4.6 pounds.

Acer will offer models with up to a 9th-gen Intel Core i7 processor and up to NVIDIA Quadro RTX 5000 graphics.

Finally, there’s the Acer ConceptD 9 Pro, which is an unusual-looking (and large) laptop with a 17.4 inch, 4K UHD display and an “Ezel Aero Hinge” that makes this computer look more like an artist’s easel than a traditional clamshell laptop.

It has a PANTONE-validated, 100-percent Adobe RGB colur gamut display, up to a 9th-gen Intel Core i9 processor, up to NVIDIA Quadro RTX 5000 graphics, and it comes with a digital pen.

Acer says the ConceptD9 Pro will be available in Europe and North America in November for $5800 and up.