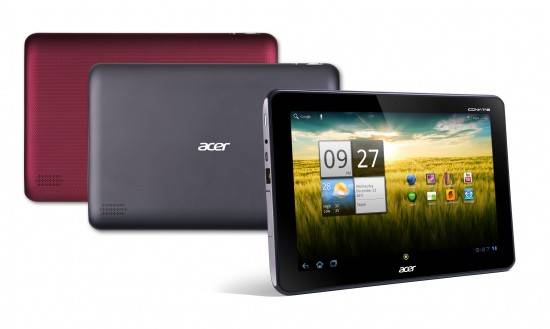 Acer has finally issued a press release introducing the Iconia Tab A200 tablet. We’ve already seen a promo video, photos, and an FCC listing for the tablet. But now we have a press release, launch information, and spec sheet, thanks to the folks at Netbook News.

On paper, the Iconia Tab A200 looks an awful lot like the Acer Iconia Tab A500 which has been available for much of 2011. There are two key difference though.

The new model will ship this month with Android 3.2 Honeycomb, but Acer will roll out a software update with Android 4.0 in January. The new model also has a slightly new case design and comes in a choice of two colors: red or gray.

The A200 will probably be Acer’s new budget model tablet. The company also plans to launch a tablet with a quad-core NVIDIA Tegra 3 processor in 2012, and that model may have a high resolution 1920 x 1200 pixel display. It will likely cost a bit more than the A200.