Acer is introducing a new line of Predator computers for gamers. That includes a new high-end desktop PC, new 15 and 17 inch laptops, and eventually a tablet.

The company isn’t saying much about the tablet yet, but it’s expected to launch in the third quarter of 2015. 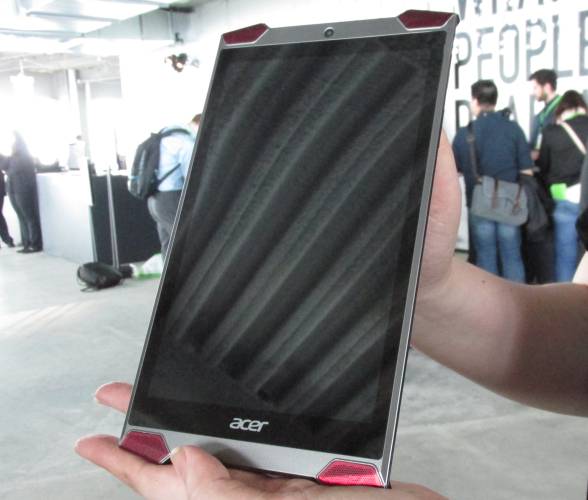 Here’s what we know about the Predator tablet so far: It has four front-facing speakers, what appears to be an 8 inch display, features, some sort of haptic action for tactile feedback while playing games, and maybe it’ll run Android?

The Acer reps I spoke with wouldn’t say whether the tablet would be a Windows or Android device, but Engadget seems pretty sure it’ll ship with Android. That means this is basically Acer’s answer to the NVIDIA Shield tablet and other devices aimed at gamers.

There’s no word on what processor the tablet will have, how much memory or storage it will ship with, or whether it’ll support game streaming services for playing PC games on an Android device. But it certainly has a distinctive design.