Acer plans to launch a new Chromebook this year which it says will have the most powerful CPU available in a Chrome laptop. The upcoming model will feature an Intel Core i3 Haswell CPU. 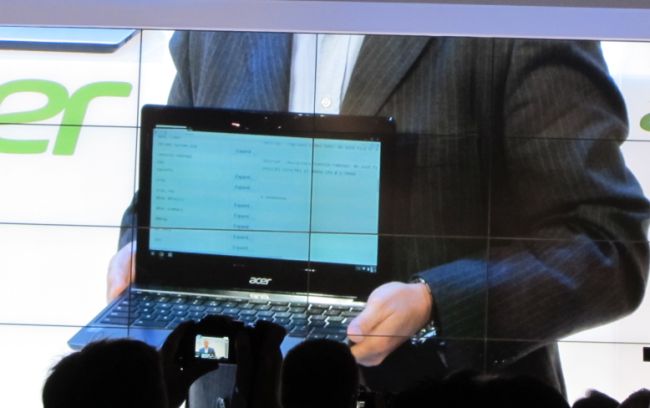 Other details are scarce, but Acer says the new model will have the same chassis as the company’s existing Acer C720 line of 11.6 inch Chromebooks.

In other words, don’t be surprised if the Core i3 model is faster… but continues to have a 1366 x 768 pixel display, a non-removable battery and other limitations that affect the company’s current line of Chromebooks. For the right price, it might be easy to overlook those shortcoming though.

Up until now, the only Chrome laptop to feature an Intel Core series processor has been the $1299 Google Chromebook Pixel, featuring a Core i5 Ivy Bridge CPU.