Acer has unveiled new Olympic-themed versions of its two latest Android tablets. Because you know that long after the London games are over, you’ll be able to relive the excitement by looking at the logo on the back of your tablet… or something. 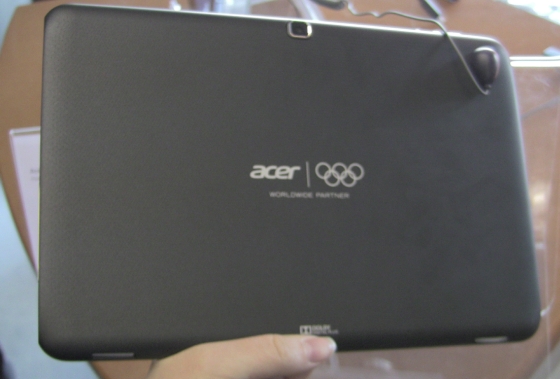 First up is the Acer Iconia Tab A510 Olympic Games Edition. This is basically the same tablet we saw at CES in January, except it has an Olympic logo next to the Acer logo.

The tablet has a 10.1 inch, 1280 x 800 pixel display, an NVIDIA Tegra 3 processor, and provides up to 15 hours of HD video playback with a 9800mAh battery. I’m not 100-percent certain if this is the same battery you get with the standard, non-Olympic model because Acer has yet to put out a press release about the less sporty-version of this tablet.

The company is also apparently doing an Olympic Games Edition of its premium Iconia Tab A700. That tablet also has a Tegra 3 processor, but it has a higher resolution 10.1 inch, 1920 x 1200 pixel display.