The upcoming Acer Swift X is a 3.1 pound laptop with a 14 inch full HD display, an AMD Ryzen 5000U series processor, discrete graphics courtesy of an NVIDIA GPU.

While Acer hasn’t officially launched the notebook yet, a listing for the Acer Swift X is live on the Acer Thailand website, as spotted by WinFuture. That’s how we know what the laptop looks like as well as specs and pricing for at least one model.

An Acer Swift X SFX14-41G-R3AD is expected to be available soon in Thailand and $900 will get customers in that country a laptop featuring a Ryzen 5 5500U processor, NVIDIA GeForce GTX 1650 graphics, 8GB of RAM, and 512GB of storage. 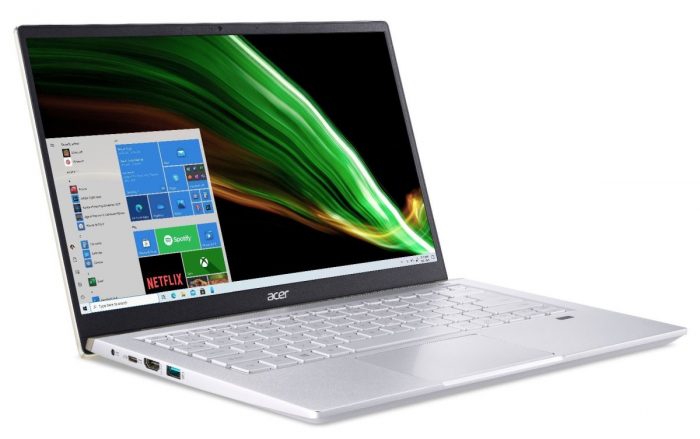 According to Acer’s website, the notebook also supports for WiFi 6 and Bluetooth 5.2 wireless connections and has a fingerprint reader and webcam (with unspecified resolution, so I wouldn’t expect much). A 59 Wh battery keeps the whole thing running. 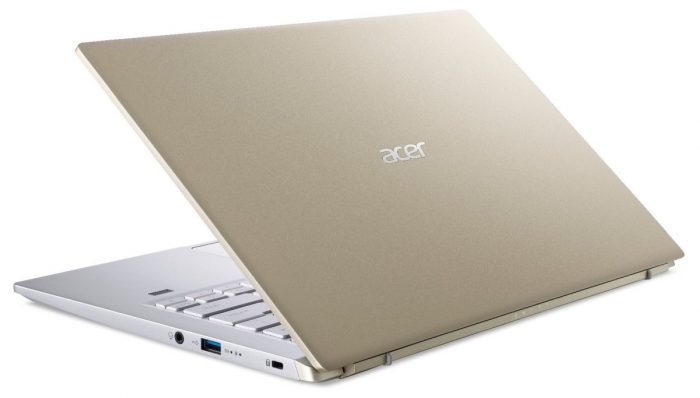 Keep in mind that the Ryzen 5 5500U processor may be part of AMD’s Ryzen 5000U lineup, but it’s actually based on the same Zen 2 architecture as previous-gen Ryzen 4000U chips rather than the newer Zen 3 architecture found in the Ryzen 5 5600U and Ryzen 7 5800U.

But you can still probably expect a performance boost over the older Ryzen 5 4500U chip. That processor was a 6-core, 6-thread chip that lacked support for hyperthreading, while the new Ryzen 5 5500U is a 6-core, 12-thread processor.

According to WinFuture, there may also be an Acer Swift X with a Ryzen 7 5700U on the way. That’s also a Zen 2 chip, but it’s an 8-core, 16-thread processor with more cache and higher top speeds, so it should deliver even stronger performance.