Intel says the first “Project Athena” laptops will ship later this year and the lineup will include the Dell XPS 13 2-in-1, HP Envy 13 Wood Series, and Lenovo Yoga S940.

Acer’s first Project Athena device is expected to be the next-gen Acer Swift 5, but neither Intel nor Acer have shared details about the specs, price, or launch date for that laptop yet.

The folks at Notebook Italia did get an early look during Computex last week though. 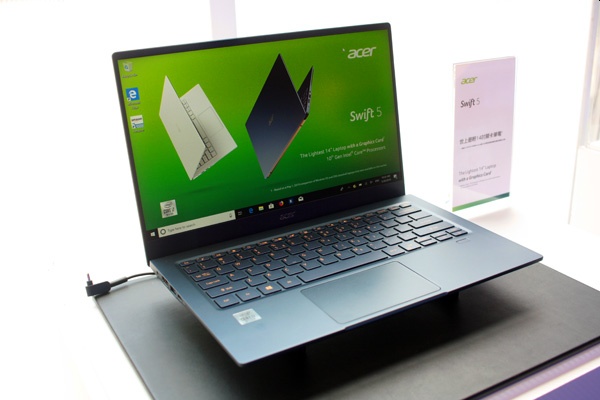 The new Acer Swift 5 is expected to be a thin and light laptop with a 14 inch display that’s an update to last year’s Swift 5 model.

According to Notebook Italia, the new model keeps the magnesium-aluminum and magnesium-alloy materials that allow Acer to build a sturdy but lightweight laptop. But the new model takes up less space thanks to slimmer bezels around the display and a hinge that’s no longer visible when the laptop is open. 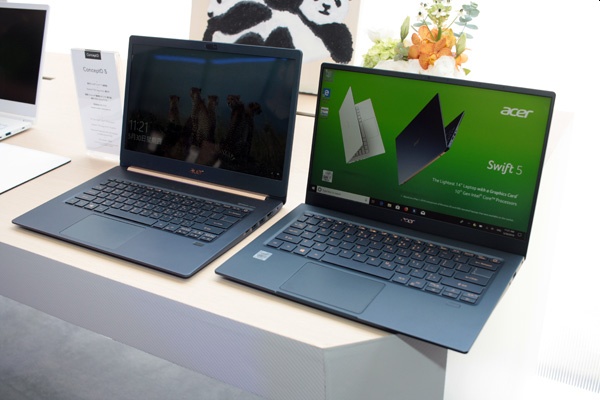 The next-gen Acer Swift 5 is expected to feature a 10nm Intel Ice Lake processor, although it’s not yet clear which Ice Lake chips Acer will offer — Ice Lake includes everything from 9 watt Intel Core Y-series processor to 28 watt Core U-series chips with Iris Plus graphics.

It’s unlikely that a laptop which weighs less than 2.2 pounds will a 28-watt processor, but I wouldn’t be surprised to see a 15 watt U-series chip in the new model.

Other features are expected to include a 14.1 inch, 1920 x 1080 pixel display, USB Type-C and Type-A ports, WiFi 6 (802.11x) support, a fingerprint reader, and possibly support for up to 16GB of RAM, optional cellular connectivity, and perhaps NVIDIA GeForce MX250 graphics.

You can check out the video below for more details, and/or find more images at Notebook Italia.