But it looks like the company may be hedging its bet on the chip front. A listing for an Acer Swift 3 laptop with an AMD Ryzen 7 2700U chip showed up at the Geekbench website recently.

That’s interesting for a few reasons. First, Acer hasn’t announced this variant of its laptop yet. And second, AMD hasn’t officially announced that chip yet. 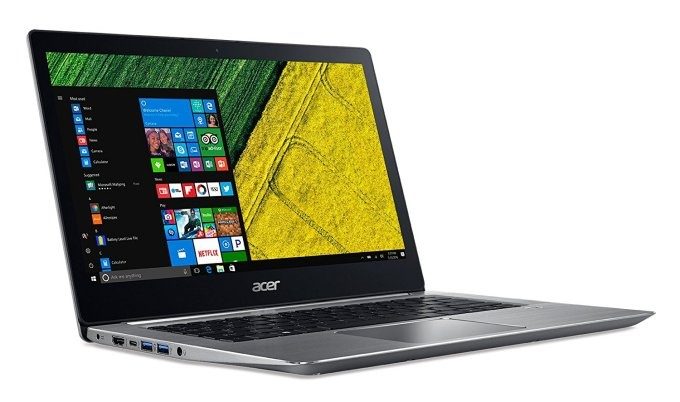 The Ryzen 7 2700U is expected to be a quad-core chip with integrated Radeon Vega graphics, and it’ll be part of the Ryzen Mobile chip family, which is also known by the code name “Raven Ridge.”

AMD’s Ryzen chips for desktops lack integrated graphics, but the upcoming Ryzen Mobile chips are expected to be Accelerated Processing Units (APUs), which means they’ll have both CPU and GPU features in a single package.

They’ll go head-to-head with Intel’s Kaby Lake-R chips, and it’ll be interesting to see how AMD’s new laptop processors compete when it comes to raw horsepower, graphics performance, and price.

It’s been a few years since AMD was really competitive with Intel in the laptop or desktop space. This year the company’s Ryzen chips for desktops have made a pretty big splash thanks to an excellent performance-to-price ratio. We should know whether the company can repeat that feat in the mobile space soon. AMD is expected to officially launch Ryzen Mobile by the end of the year.

5 replies on “Acer Swift 3 with AMD Ryzen CPU on the way?”