Acer introduced a small computer designed to work as a media center at CES this year. It’s called the Acer Revo One; it looks more like an appliance than a PC; and Acer announced at the time that it would be available in Europe in early 2015, but made no promises about a US launch.

Now the Acer Revo One RL85 is officially available in the US. 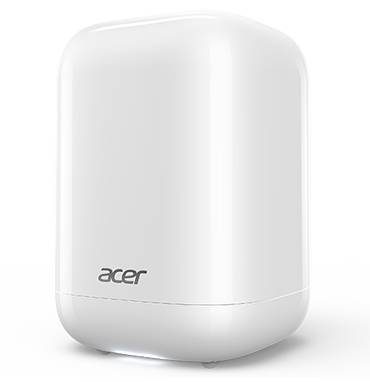 Prices run between $250 and $600, depending on the configuration.

Twice as much money gets you a model with an Intel Core i3 Broadwell chip, 4GB of RAM, and a 1TB hard drive, along with Windows 8.1.

Each model features HDMI and Mini DisplayPort for up to two 4K displays, and three bays that can accommodate 2.5 inch hard drives or SSDs. Two of those bays are hot swappable, allowing you to easily open the case, slide out a drive and slide in a new one.