Acer is launching its first Android tablet designed for gaming. The company’s been showing off the device for months, but now it’s official: the Acer Predator 8 is a tablet with an 8-inch IPS display, an Intel Atom x7 Cherry Trail processor, and a $299 price tag. 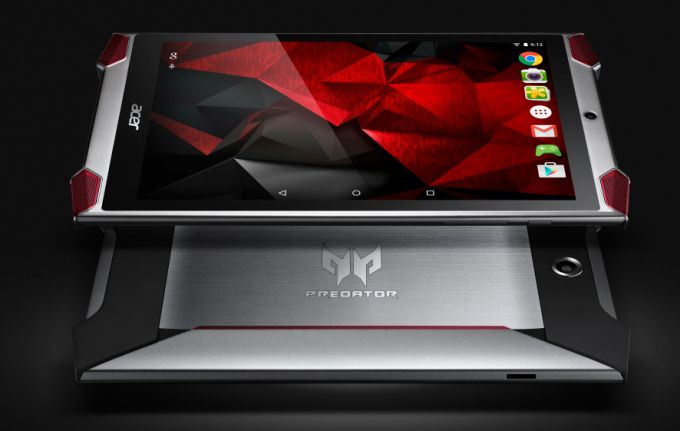 The Predator 8 features 2GB of RAM, an Intel Atom x7-8700 processor, 32GB to 64GB of built-in storage, and a microSD card slot for removable storage. The tablet will ship with Android 5.1 Lollipop software.

Other features include a 5MP rear camera, a 2MP front camera, and a battery that should provide up to 8.5 hours of run time.

Acer says the tablet also uses “Predator TacSense” to offer tactile feedback when playing supported games. In other words, the tablet will be able to vibrate in time with some games.

Like other recent Android tablets from Acer, the Predator also supports pen or pencil input… and I don’t mean some sort of special digital pen or stylus. The touch sensors are packed densely, allowing you to scribble on the tablet using a normal pen or pencil tip. Acer will sell an optional “Accurate Stylus” if you want one though.

Other optional accessories include covers, cases, a travel adapter, a gaming headset, and a SlimPort adapter (which will let you connect the tablet to a TV with an HDMI cable).

It’ll be available in the US starting November 6th, when it’ll be available exclusively from Newegg for two weeks before expanding to other retailers. Acer plans to offer the tablet in Europe, the Middle East, and Asia starting in October.