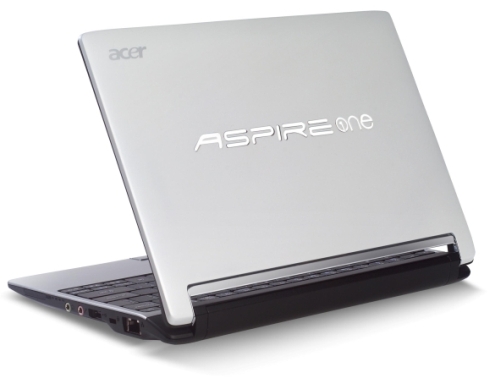 Acer has officially introduced three new laptops today — including two we’ve been hearing about for months and one which has already been spotted in the wild. Don’t ask me why companies feel the need to issue press releases after showing off their products at trade shows, but c’est la vie.

Anyway, here’s a quick run down on some of Acer’s latest budget ultraportables:

The Aspire One 533 netbook features a 10.1 inch display and a choice of a 1024 x 600 pixel or higher resolution 1280 x 720 pixel screen. We’ve been hearing about this model for a few weeks, and it made an appearance at the Computex trade show in Taiwan last week.

The laptop comes with a choice of a 1.66GHz Intel Atom N455 or 1.83GHz Intel Atom N470 processor. Both versions support DDR3 memory. You also get up to 250GB of hard drive space and integrated WiFi. Bleutooth 3.0 and 3G options are also available.

The laptop has an HDMI output for streaming HD video to an external display, and Acer says the Aspire One 533 should get up to 10 hours of run time on a charge. The laptop weighs just over 2.2 pounds and is available with glossy black, red, or white lids.

We heard rumors about this model a few months ago, and the D260 will actually be the second Acer netbook to dual boot Winodws and Google Android. The company released a dual boot version of the Acer aspire One D250 in 2009.

Acer is also introducing a new 11.6 inch model called the Acer Aspire One 753. This laptop measures an inch thick and weighs about 3.1 pounds.

The laptop comes with up to 4GB of DDR3 memory and 640GB of hard drive space, integrated Wifi, and optional Bluetooth or 3G.