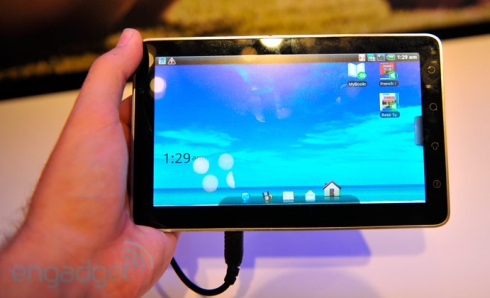 Acer, like virtually every other PC maker in the world, is working on a Google Android powered tablet. But while we had been expecting the device to ship by the end of the year, DigiTimes is now reporting that Acer may wait until early 2011 to launch the tablet.

The delay would allow Acer to ship its tablet with Google Android 3.0 instead of Android 2.1 or 2.2. According to DigiTimes, Android 3.0 will be designed specifically with tablets in mind.

While Google Android actually runs pretty well on tablets today, Google hasn’t officially sanctioned any tablets aside from devices such as the Dell Streak and Huawei S7 which look like tablet, but also include 3G modems and the ability to make phone calls. Pretty much every other Android tablet or netbook/smartbook that has shipped so far has come without the default suite of Google applications including Gmail, Google Maps, Google Calendar, and most importantly the Google Android Market. That makes downloading and installing third party apps on tablets such as the Augen GenTouch78 a bit of a hassle.

While some tablet makers have sidestepped this issue by loading third party app stores such as the AppsLib store that ships with Archos Android tablets, the truth is that there are tens of thousands of apps available for download from the Android Market and no third party solution comes even close.

So while it’s kind of upsetting to learn that Acer is holding off on launching an Android tablet, it is encouraging to hear that part of the reason the company is doing it is because Android 3.0 is expected to be more tablet friendly — which hopefully means support for the Google suite of Android applications including the Android Market.

In the meantime, DigiTimes suggests that Acer is still on track to launch a Windows 7 tablet before the end of the year.