Acer has announced that the Aspire Timeline M3 ultrabook will be available around the globe by the end of March. Meanwhile, NVIDIA says the M3 will be the first ultrabook to ship with a next-generation NVIDIA Kepler graphics processor. 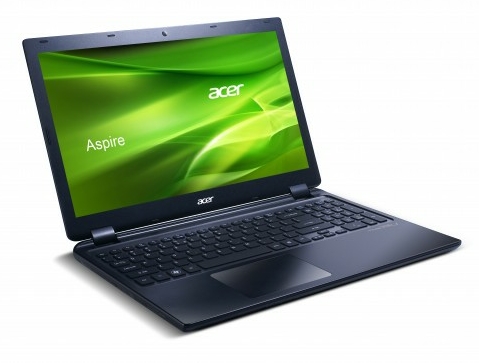 The Acer Aspire Timeline M3 qualifies as an ultrabook because it’s a thin and light notebook with Intel’s latest Core i-series processor. But the M3 pushes the boundaries of ultrabooks thanks to its large 15 inch display, built-in DVD drive, and discrete graphics.

It also features NVIDIA Optimus technology for automatic graphics switching. In other words you don’t have to reboot the computer (or even press a button) to switch between the integrated Intel graphics and the discrete NVIDIA graphics. The computer should automatically switch to the higher-performance NVIDIA graphics when necessary and then switch to Intel graphics to save power when you don’t need the extra performance.

Acer will offer at least two versions of the Aspire Timeline M3 ultrabook. One will pair a large hard drive with a small solid state disk, while the other will be an SSD-only model.