Acer’s latest ultrabook looks more like a tablet than a notebook — but the Acer Travelmate X313 has the guts of a thin and light notebook in the case of a tablet. And you can use it as a notebook or a desktop PC by adding a keyboard case or a desktop cradle.

The Acer TravelMate X313 convertible is powered by an Intel Core i5 processor, measures 0.4 inches thick and weighs 1.74 pounds, and it should be available soon for $950. 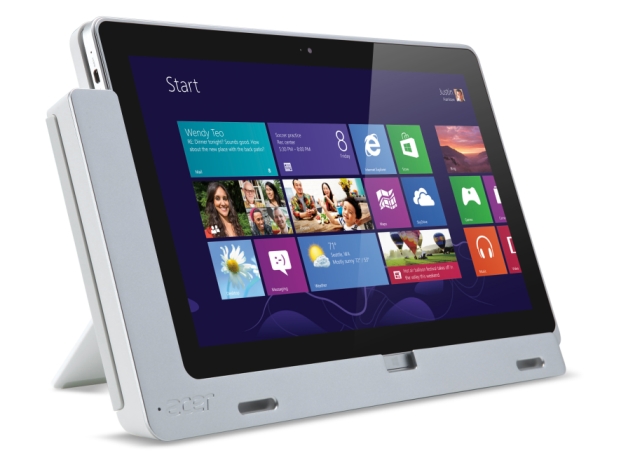 Acer says the Travelmate X313 should get up to 6 hours of battery life. No, I don’ t know why the company didn’t introduce a model with a more energy-efficient Haswell processor and longer battery life either. 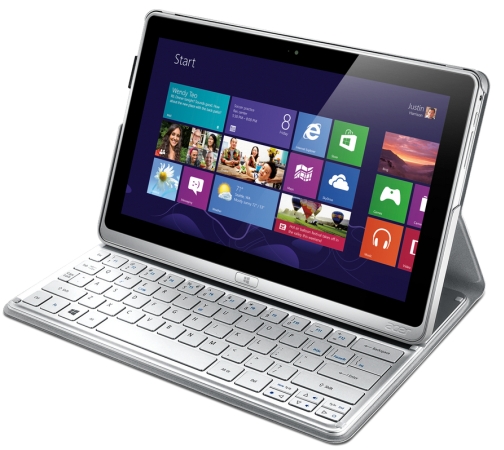 But it’s probably the cradle and keyboard which help set this device apart from the competition. Its closest competition is probably Microsoft’s line of Surface Pro tablets which have smaller, but higher resolution displays.