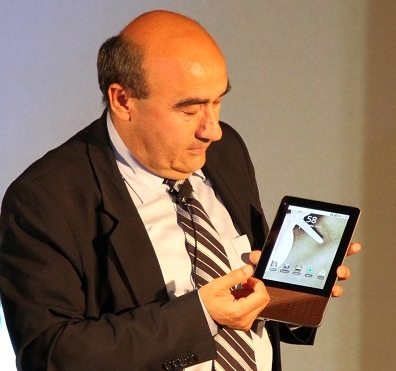 Acer appears to be introducing two remarkably similar looking devices — but while one is an eBook reader with a 6 inch E-Ink display, the other is a 7 inch tablet with a full color screen running Google Android.

There aren’t many details about the Android tablet yet, but it appears to have a QWERTY keyboard below the touchscreen display and according to Shufflegazine, the tablet appears to be quite fast and Acer CEO Gianfranco Lanci says it’s due out in the fourth quarter of the year. It seems likely that the tablet has a 3G modem, since Lanci suggests that it could be sold through wireless carriers.

The Acer LumiRead eBook reader, on the other hand, is due out in the third quarter of 2010. The device will allow users to download and read books from the Barnes & Noble eBook store. It has 2GB of storage and a MicroSD card slot for expansion. Like the tablet, the eBook reader has a QWERTY keyboard below the screen. There are also buttons for turning pages and a navigation pad for scrolling through menus.

You can check out a photo of the LumiRead after the break.

via Engadget and… Engadget 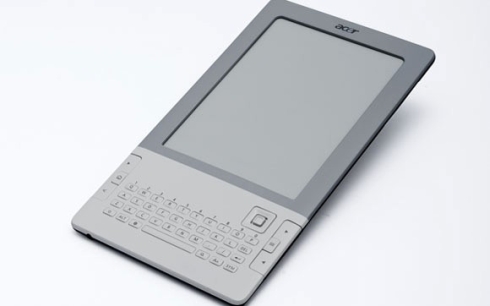 One reply on “Acer launches an eBook reader, teases us with a tablet”