The Acer Jade Primo is expected to be one of the first smartphones to support Windows 10’s Continuum feature, allowing you to turn your phone into a sort of desktop by connecting it to a docking station and hooking up a keyboard, mouse and display.

Acer made that announcement when the company introduced the phone in September. This week Acer confirmed that not only does the phone support Continuum, it’ll come with all the hardware you need to get started… except for a monitor. 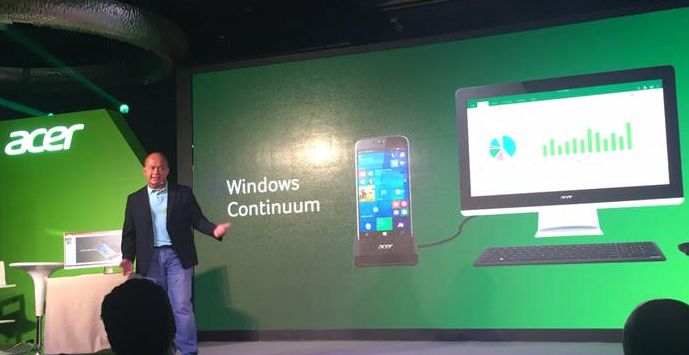 Continuum for phones will let you interact with Windows apps on a big screen, but there are some limitations. First, only Windows Store apps will work: you can’t load up desktop versions of x86 apps like Photoshop, Steam, or iTunes.

Second, this isn’t quite the same Windows 10 environment you get on a desktop or notebook computer. All apps run in full-screen mode, so you can’t easily resize or reposition windows on the screen.

That said, Continuum for phones does provide you with a desktop, taskbar, and start menu. You can use keyboard shortcuts such as Ctrl+C and Ctrl+V to copy and paste from one program to another. And you can continue to use your phone to take calls or run other apps while desktop-sized apps are running on your display. 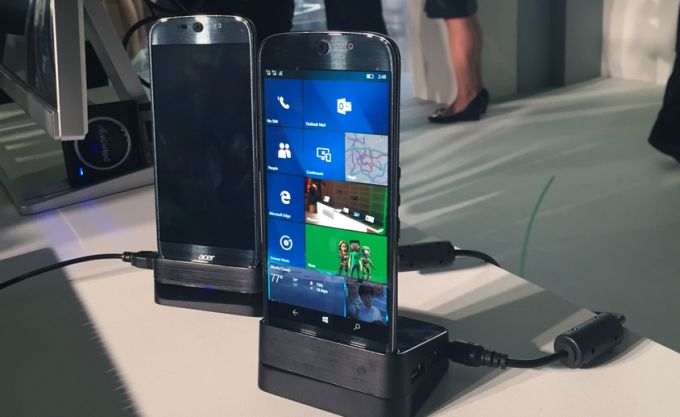 Microsoft’s new Lumia 950 and Lumia 950 XL phones also support Continuum, but those phones will ship without a docking station. You’ll need to pay $100 extra for the dock, and that doesn’t include the cost of a keyboard and mouse.

via WMPowerUser and @Acer