It also compact computer that measures just 14.9mm (0.6 inches) thick and weighs just 1.3 kilograms (2.9 pounds). And with a $850 starting price, it’s reasonably affordable for a portable computer with those features. You’ll have to wait a little while to get your hands on one though. 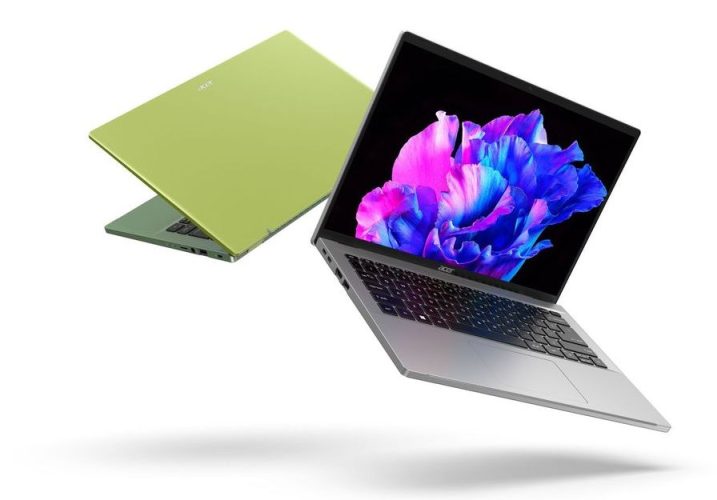 Acer says the  Swift Go 14 (SFG14-42) will be available in Europe and China starting in April, but it’s not expected to hit North America until June.

Other features include dual fans and dual D6 copper heat pipes for cooling, a battery that Acer says should provide up to 9.5 hours of run time, and a 1440 webcam. Ports include HDMI 2.1, USB Type-C, and a microSD card reader and the laptop supports WiFi 6E.

Acer has also announced an Intel-powered Swift Go 14 (SFG14-71) which will be available in Europe and China in February before rolling out to North America in May with a $900 starting price.

That model also has a 2800 x 1800 pixel OLED display, 1440p webcam and similar memory and storage options to the AMD-powered model. It also measures about 0.6 inches thick, weighs about 2.9 pounds, and has an aluminum unibody chassis with dual fans and dual heat pipes.

But instead of an AMD processor, it comes with a 45-watt Intel Core H-series chip. And its USB Type-C ports support Thunderbolt 4 connectivity. 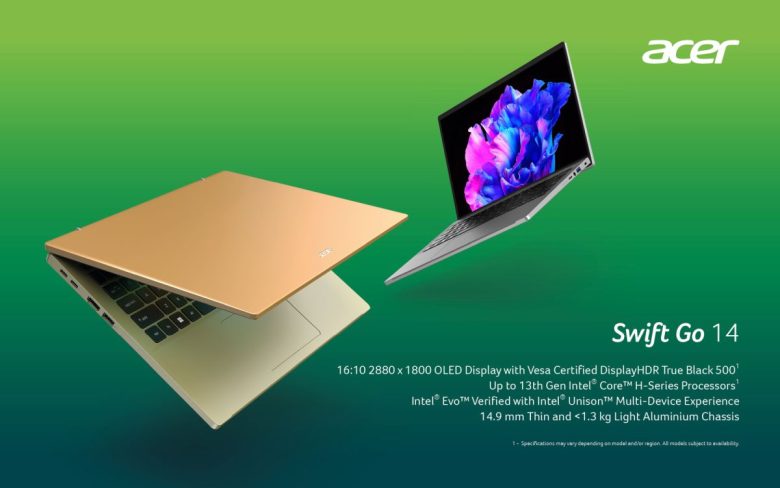