Acer was one of the first PC makers to launch a Windows Mixed Reality headset. And now the company has revealed its second-gen version.

The new Acer OJO 500 headset featured an integrated sound system, software-assisted interpupillary distance adjustment, and it’s the first headset of its type to feature a detachable design that makes it easier to clean. 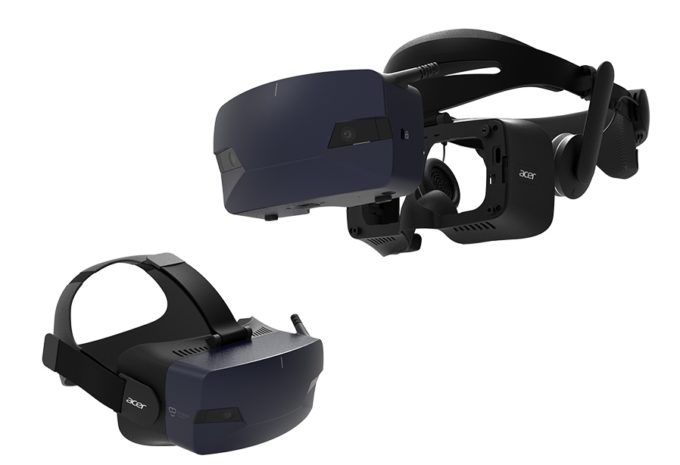 When it comes to the display technology, the new headset is a lot like last year’s version: it features dual 2.89 inch LCD displays for a combined resolution of 2880 x 1440 pixels with a 90 Hz refresh rate and 100 degree viewing angles.

Acer offers a choice of a hard head strap with padding and built-in earphones or a soft head strap that’s machine washable.

Other features include support for inside-out 6-degrees-of-freedom position tracking thanks to a built-in camera and sensors and a 13 foot cable that connects to a PC’s HDMI 2.0 and USB 3.0 ports.