Acer may be bringing the smallest Windows 8 tablet to market this year, but apparently the company doesn’t always believe smaller is better. Acer’s new Liquid S1 is a smartphone with a 5.7 inch display, and it’s aimed at folks looking for something between a smartphone and a tablet. 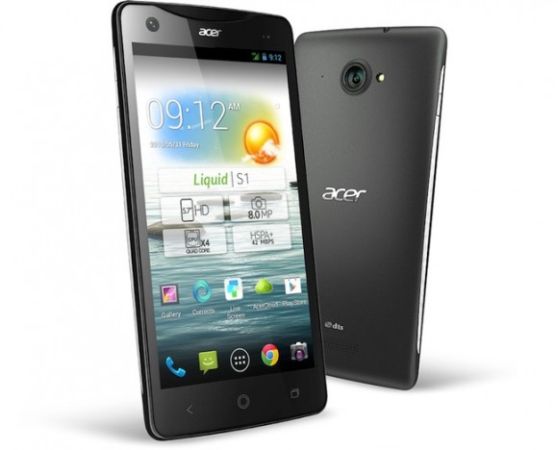 The phone has 8GB of storage and a microSD card slot for removable storage. It has a 2400mAh battery.

Acer’s new phone will ship with Android 4.2 Jelly Bean with a few extra tweaks including some Acer apps that “float” on top of the screen when they’re open, letting you interact with more than one app at once.

The Acer Liquid S1 will go on sale in parts of Europe (including France, Germany, the UK, and Russia) during the third quarter of 2013 for €349.

While the specs aren’t particularly exciting, that’s a better price than you’ll find for most unsubsidized phones with screens this large.