Acer is introducing four new 11.6 inch Chromebooks designed for the education market, but I wouldn’t be surprised if some or all of these models make their way to the consumer space.

Detailed specs aren’t available for all models yet, but here’s what we know about Acer’s new Chromebooks so far.

This 11.6 inch Chromebook is designed to offer long battery life and always-connected capabilities thanks to the integrated 4G LTE modem. Acer says you can expect up to 20 hours of battery life. 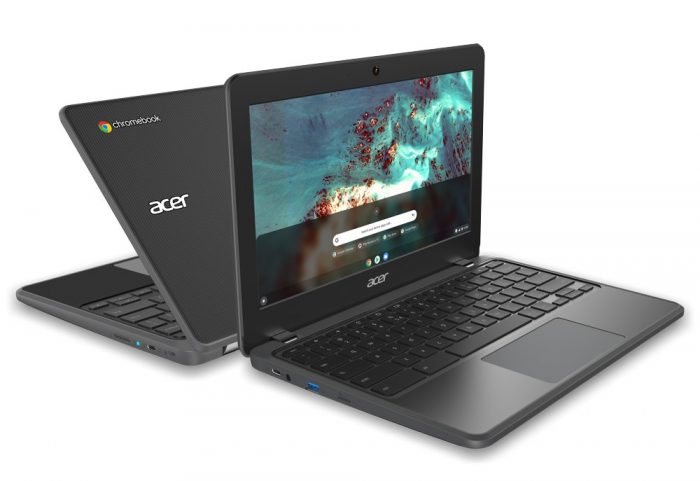 The Chromebook 511 weighs less than 2.9 pounds and has an MIL-STD 810H teed chassis with widened brackets and reinforced ports, plus a spill-resistant keyboard.

With a MediaTek MT8183 processor, a spill-resistant keyboard, MIL-STD 810H tested case, this laptop also offers up to 20 hours of battery life according to Acer’s estimates. 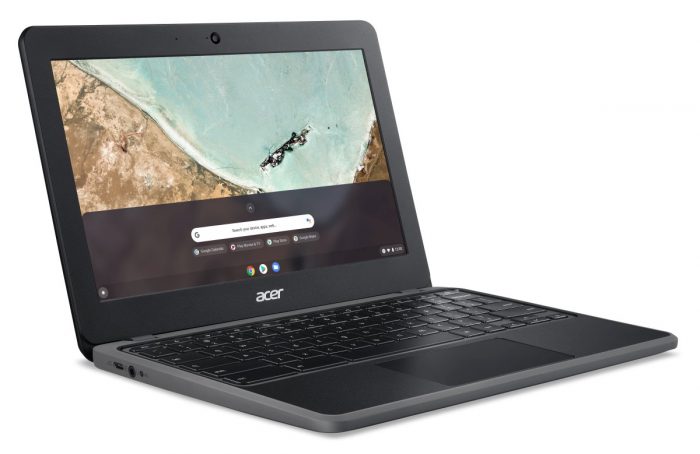 The notebook has a wide-angle webcam with HDR support, and there’s optional support for a touchscreen display.

Both of the new laptops are semi-rugged devices with a spill-resistant keyboards, shock absorbent bumpers, antimicrobial coating, and a MIL-STD 810H tested design and a Corning Gorilla Glass covered display.

Acer say the notebooks can withstand a fall from four feet and up to 132 pounds of downward force, which means they should be fine if a kid stands on them. You can also spill up to 11 fluid ounces of water on the keyboards without damaging the Chromebooks.

Available with Intel Celeron N4500 or Pentium Silver N5100 processor options, Acer says the notebooks support up to 8GB of RAM and up to 64GB of storage, support for WiFi 6 and Bluetooth 5.1 as well as USB 3.2 Type-C and Type-A ports.

There’s an 8MP world-facing camera as well as a front-facing HDR webcam with an 88 degree wide-angle lens.

The Chromebook Spin 511 features an 11.6 inch HD display (probably 1366 x 768 pixels) and the notebook should be available in North America in April for $400 and up, while the Acer Chromebook Spin 512 has a 12 inch, 3:2 HD+ display that the company says offers 18-percent more vertical space, which should come in handy when using the computer in tablet mode. It should hit the streets in March for $430 and up.