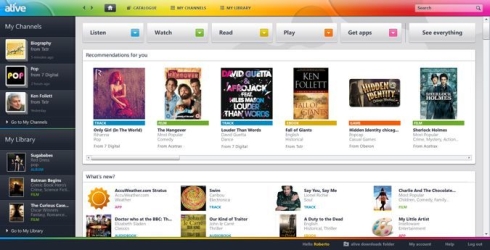 The Alive store will have Listen, Read, Play, Watch, and Application sections, of access to music, eBooks, video games, videos, and apps respectively. Yes, it’s kind of Acer’s answer to Apple’s App Store — and it has a rather attractive look… but I’m not really sure how well this thing is going to do.

A large part of the reason the App Store works for Apple is because while many people are locked into the Apple ecosystem (with a MacBook, AppleTV, iPhone, iPad, and so on), you don’t need to be an Apple user to download media content from the App Store. Acer’s store is geared toward Acer users, and unless all of your devices are from Acer, I don’t know how well the service will work if you have an Acer laptop, an HP desktop, and an Apple TV by your home theater.

The Alive service will be available globally starting in the UK and Italy in December with more countries including the US coming online in early 2011.

The Acer Clear.fi service will be built into Acer computers, allowing users to automatically detect other devices with Clear.fi software and stream music, video, and photos over a home network.

Interesting sidenote: Acer does not seem to have bothered acquiring the domain for clear.fi. 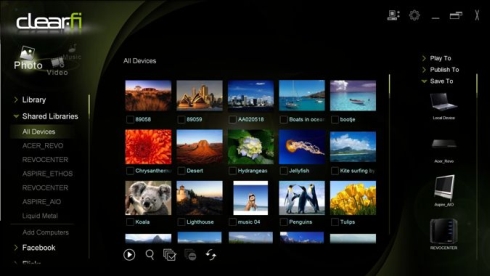