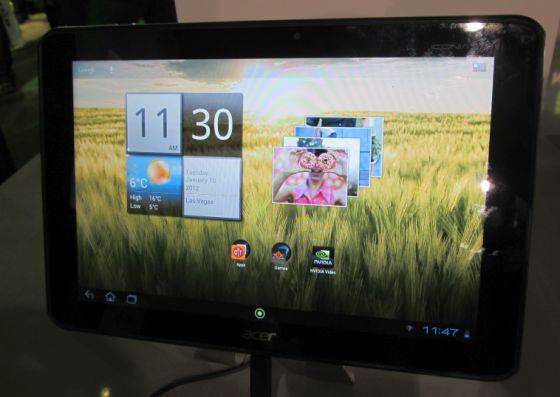 The Iconia Tab A700 isn’t the only new tablet Acer is showing off at CES this week. The Acer Iconia Tab A510 is also making an appearance.

Performance-wise, there’s little different between the tables. Both can handle HD video games or HD video playback with ease, and the tablet felt fast and responsive in my tests.

Aesthetically it looks a bit different from the Acer Iconia Tab A500 tablet which was released in 2012. It still has metallic plastic around the edges, but the effect isn’t quite as pronounced as it used to be, and the tablet feels a little smaller and thinner.