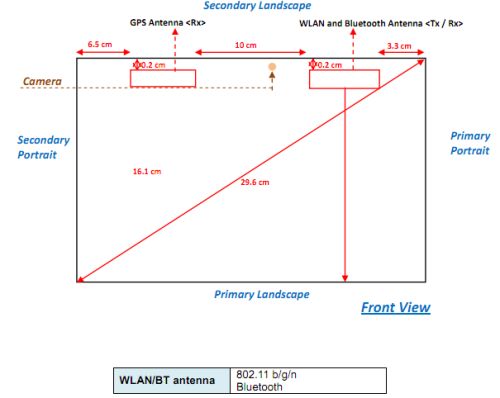 Acer’s next 10 inch tablet may be the Iconia Tab A200. A photo of the tablet was spotted last week, courtesy of the Bluetooth SIG website. Now the Acer Iconia Tab A200 has made a visit to the FCC website.

The FCC isn’t revealing many new details about the tablet, but the listing does confirm that the device will feature 802.11b/g/n WiFi and Bluetooth capabilities. It also appears to have at least one camera, a USB port, and GPS capabilities.

The documents also suggest that the device will have a 10 inch display and measure about 0.28 inches thick — making it one of the thinnest tablets around. The tablet is manufactured by Taiwanese ODM Compal.

Acer hasn’t formally announced the tablet yet, and the FCC is hiding photographs and other documents for up to 6 months at Acer’s request, so I doubt we’ll see this new tablet released in time for the holidays. But I wouldn’t be surprised if Acer has a new 10 inch tablet to show off at CES in January.