The Acer Iconia Tab is a 7 inch tablet with an NVIDIA Tegra 3 quad-core processor, Android 4.1 Jelly Bean software, and a $229.99 price tag. While Acer has been showing off the tablet for a while, the company has now announced it will go on sale in the US and Canada starting October 30th. 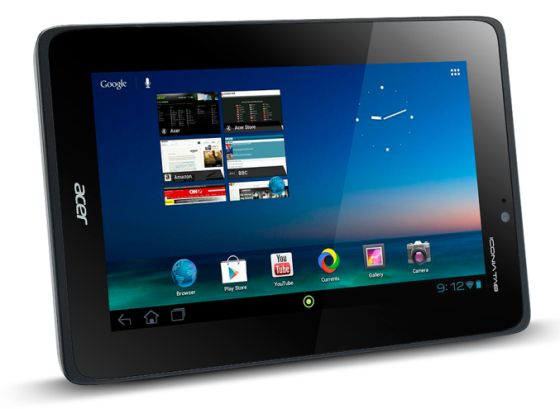 Acer’s latest 7 inch tablet has 1GB of RAM, 8GB of storage, and a 7.5 hour battery. That all seems pretty good for a $230 inch tablet — until you consider the fact that you can pick up a Google Nexus 7 with the same features for $199.

But Acer’s tablet does have a few things that Google’s does not. That includes a microSD card slot for up to 32GB of additional storage and a microHDMI port for connecting a TV or monitor. I suppose those features might be worth an extra $30 to some people.