The Acer Iconia B1 is a 7 inch tablet with a 1.2 Ghz processor and Android 4.1 software. It’s a budget tablet that hasn’t officially been announced by Acer yet, but it has a habit of showing up anyway.

It passed through the FCC and an online benchmarking site recently. And the Wall Street Journal reports it will sell for around $99 in emerging markets such as China.

Now the folks at Bulgarian site Tablet.bg have gotten their hands on an Acer Iconia B1, which they say will sell for about $235 in that country soon. They’ve posted a series of photos, test results, and plenty of details about Acer’s upcoming budget tablet. 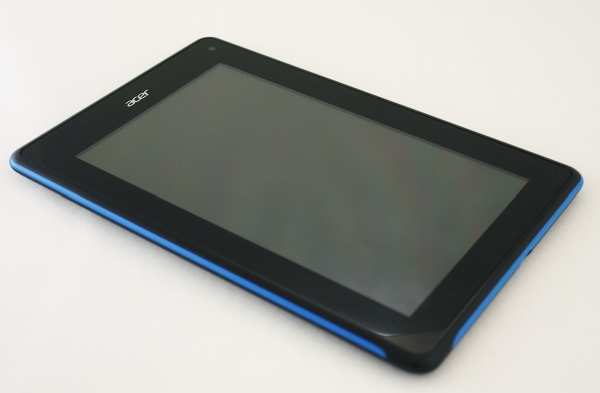 Powered by a 1.2 GHz MediaTek 8317 dual core processor, the Iconia B1 isn’t exactly a speed demon. But it does earn winning marks in size: it’s apparently the same weigh as an Apple iPad mini and lighter than an Asus Nexus 7 or Amazon Kindle Fire HD tablet.

It’s not clear whether Acer has any plans at all to sell the Iconia B1 in the US, so I don’t really expect to see the tablet at CES next week — but I’ll keep an eye out for it anyway.

You can find more pictures at Tablet.bg.