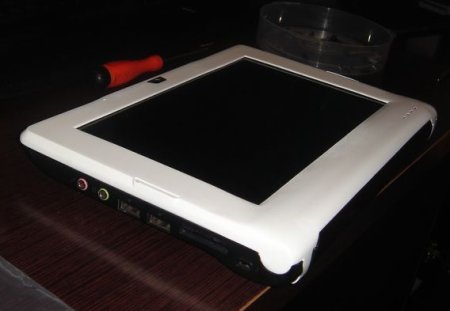 Apple may have created a huge buzz around tablet computers when the company introduced the iPad last week. But while a number of other PC makers including Asus, MSI, HP, Dell, and others are expected to launch 5 to 10 inch slate PCs this year, there’s at least one company that’s apparently decided to sit this one out… for now. Acer Taiwan president Scott Lin tells DigiTimes that the company plans to stick with notebooks and netbooks and leave the tablet market to others.

Basically, Lin says Acer could certainly produce a tablet if the company wanted to. Technically, it’s not that difficult. But Apple stands to make money not just off of the sale of the hardware, but also from sales of music, movies, and eBooks through its iTunes and iBooks stores. Acer doesn’t have that kind of media distribution channel in place, and that means it would be difficult to compete with Apple. Not only could Apple afford to drop prices of the iPad and make up the money on media sales, but it’s going to be much easier for Apple to convince people to buy a multimedia tablet when it can promise that millions of audio, video, and text-based files will be available for the platform at the click of a button (and the swipe of a credit card).

On the other hand, it’s possible that a PC maker like Acer could afford to seriously undercut Apple’s pricing. Broadpoint AMTech analyst Brian Marshall estimates that it only costs Apple about $270 to produce an iPad that will sell for $499. The top of the line $829 model costs less than $400 to build. If these numbers are correct, maybe it won’t be that long before we start to see $300 tablets start to compete with the iPad — or maybe we’ll see iPad price drops not too long after the tablet launches in a few months.

As for Acer, if you really want an Acer tablet you could always build your own by hacking the screen off an Aspire One netbook…