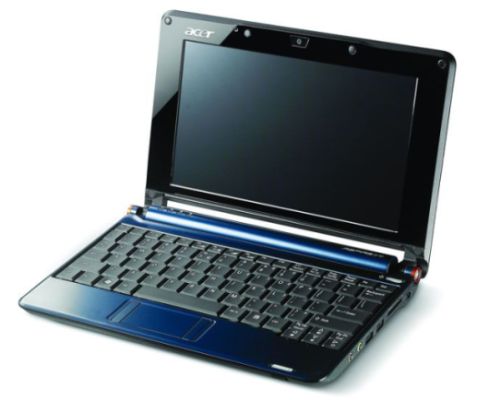 A report out today from iSuppli claims that global notebook sales surpassed desktop PC sales for the first time last quarter. But I feel like I keep seeing that headline over and over so I’m not going to put too much stock in it. Much more interesting is iSuppli’s finding that Acer’s market share was up 45 percent from the previous quarter, and 79 percent from the same quarter last year. What accounts for the jump in Acer’s standing? Netbooks.

Acer is now the number three computer maker in terms of the quantity of PCs shipped. Hewlett Packard holds the top spot, followed by Dell. But Acer comes in a strong third thanks to the fact that the company shipped 3 million more notebooks in the third quarter of 2008 than it had in the second quarter. And most of those 3 million additional laptops were netbooks in the Acer Aspire One line.

While Asus has also been selling a lot of netbooks this year, the company doesn’t sell nearly as many full sized computers as Acer, and doesn’t come near the top 5. Lenovo and TPC makers (in terms of quantity, not necessarily quality), offer at least one netbook model. But then, pretty much every major computer maker except for Apple and Sony offer some sort of cheap mini-laptop. So maybe that’s not such a big deal.

Apple, by the way, now comes in third in the US in terms of market share. But the company holds a much smaller piece of the global pie.

One reply on “Acer gains serious PC market share, thanks to netbooks”