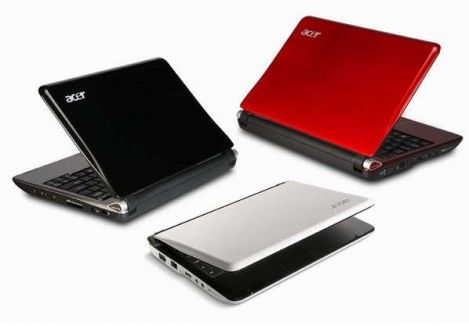 Acer is reportedly reducing orders for some of its netbooks from ODM manufacturing partners. Digitimes reports that the move is due to cooling demand for netbooks in Europe and a high level of inventory in local channels. But the company is also deciding to its efforts more heavily on Consumer Ultra Low Voltage or CULV based laptops which will provide decent battery life at a low cost, but which will be sold with higher profit margins than netbooks.

I’m still a bit skeptical of reports that suggest the netbook market is cooling. While it’s true that many of the people who were in the market for netbooks may have already picked them up, I think it’s more likely that the dip in sales between Q4, 2008 and Q1, 2009 is due to the fact that the holiday season is over. Everything sells better in November and December than in January and February.

There’s also this little global recession going on, which has reduced consumer spending across the board. Sure, netbooks might not be flying off the shelves like they were a few months ago. But they’re still one of the few bright spots in the PC industry.

I’m not saying it doesn’t make sense for Acer and other companies to tailor their orders to meet demand. I’m just not sure that netbook demand has really bottomed out yet. I guess we won’t know for sure until the holiday season when we can do a real apples to apples comparison between 2008 and 2009.

4 replies on “Acer cuts back on netbook orders”