Acer is getting ready to launch a new line of low-cost Windows laptops designed to be priced competitively with Chromebooks.

An Acer Aspire One Cloudbook with an 11.6 inch display will be available in August for $169. A 14 inch model is also on the way. 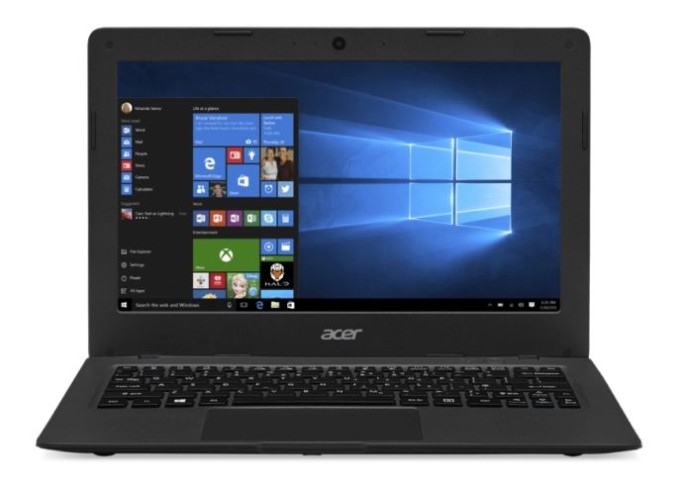 There are already a handful of Windows laptops priced at $200 or less, including the Acer Aspire E11, Asus EeeBook X205, and HP Stream 11. But with a launch-day price of $169, the Aspire One Cloudbook could be one of the most affordable Windows laptops to date.

Acer hasn’t revealed detailed specs for the laptop yet, but it’s probably safe to assume it’ll have a relatively low-power processor, a 1366 x 768 pixel or lower resolution display, and other specs that are commonly found on inexpensive laptops (like small amounts of RAM and storage).

Still, laptops like the upcoming Aspire One Cloudbook could help Microsoft compete with Google in the low-priced laptop space. Laptops with Google’s Chrome OS software sell for as little as $149 and offer a simple user interface, quick start-up times, and a relatively secure experience, since apps run in a sandboxed environment, making it difficult to infect a Chromebook with Malware.

But Chromebooks can’t run native Windows apps, which leads some folks to complain that they’re not real laptops. Meanwhile, Microsoft has been working to make Windows feel just as fast as Chrome OS on systems with entry-level specs… assuming you don’t install dozens of apps which slow down your computer.

Acer, meanwhile, is playing both sides of the field. The Aspire One Cloudbooks will join the company’s low-cost laptops including the Acer Aspire E11 and Aspire V11 notebooks, the Asprie R11 convertible, and 2-in-1 tablets like the Switch 10 and Switch 11. But Acer also continues to produce a wide range of Chromebooks with 11, 13, and 15.6 inch displays and a variety of processor options (and a variety of price points).