It’s been almost a year since Qualcomm introduced its Snapdragon 7c chips for low-cost laptops with long battery life and support for cellular networks. But aside from a few Windows notebooks for the education market we haven’t seen any devices using the new chip… until now. 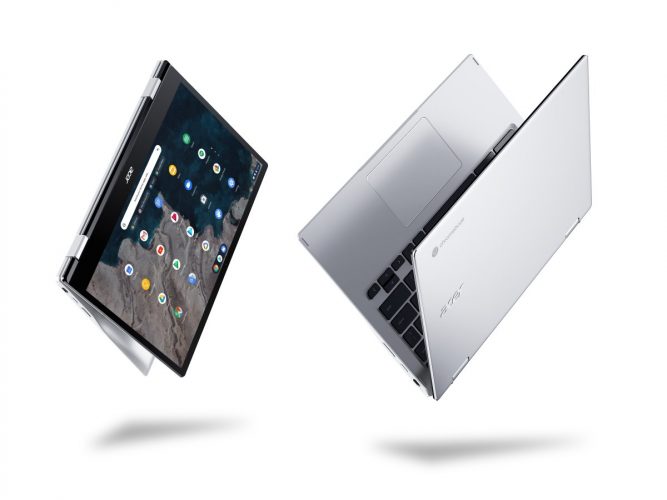 The only real difference between the two model is that the Enterprise version features Google’s Chrome Enterprise Upgrade features for enhanced security, support, and management. When it comes to hardware, both versions feature:

That last detail is an estimate from Acer… and normally I’m reluctant to include a manufacturer’s battery life claims in news articles because they’re so often inaccurate. But low power consumption is one of the key selling points for Qualcomm’s chips, so while I’m not necessarily giving Acer the benefit of the doubt, I am including the spec.

Interestingly, the company says some of its new Intel-powered laptops, like the new Acer Swift 3X with a 15-watt Intel Tiger Lake processor and Intel Iris Xe Max discrete graphics, get up to 17.5 hours of battery life, which is three and a half hours more battery life than the Acer is promising for its Snapdragon-powered Chromebooks. 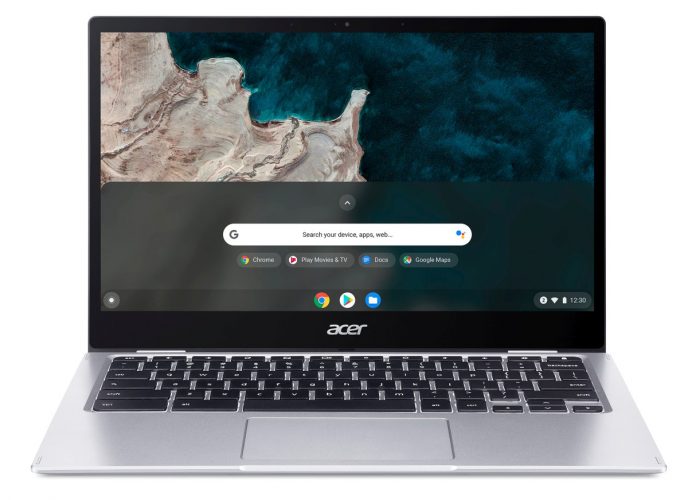 It’s unclear if Acer is using the same method to test run time on its Intel-powered Windows laptops and its Qualcomm-powered Chromebooks though. And the Acer Chromebook Spin 513 does have a starting price that’s less than half the cost of an entry-level Acer Chromebook Swift 3X.

Qualcomm’s Snapdragon 7c chip is an 8nm processor with 8 Kryo 468 CPU cores, support for 4K HDR10 video playback and an integrated Snapdragon X15 LTE modem with support for peak download speeds up to 600 Mbps, although it sounds like Acer is making the LTE functionality optional.

Update: Kevin Tofel from About Chromebooks got a chance to spend some time with a pre-production version of the Acer Chromebook Spin 513, and while he wasn’t permitted to post benchmark results, he says the laptop seems faster than existing Chromebooks with Rockchip or MediaTek ARM-based processors. It also supports Linux and Android applications, and he was able to stream Stadia games without difficulty.