The company plans to offer additional models with different specs, and it looks like some models could have touchscreen displays and twice the memory or storage. 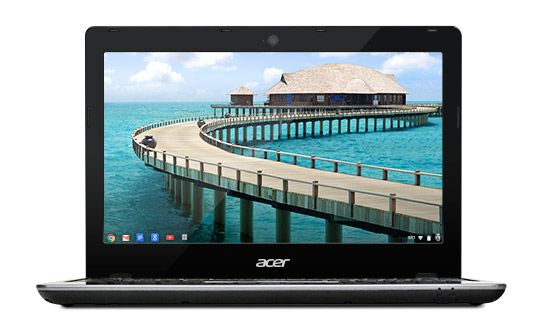 Chrome Story received a tip from Sweden showing a spec sheet that includes Acer C720 models with 8GB of RAM, 32GB of storage, and touchscreen displays.

It’s tough to compare Swedish pricing with retail prices in the US, but a model with 4GB of RAM, 16GB of storage, and a touchscreen seems to sell for about 20 percent more than a model without a touchscreen, which suggests that we could see a touchscreen Chrome OS laptop from Acer for around $300 or less.

Chromebooks don’t typically need as much storage space as a traditional laptop, since most of the apps you run are hosted on the web. But if you’d like to install a large number of games for offline play or save a lot of music or movies to your devices, the 16GB of built-in storage you get with an entry-level chromebook might not be enough.

Likewise, most Chromebooks feature 2GB to 4GB of RAM, which is generally enough for basic web browsing tasks. But if you plan to do a lot of multitasking or expect to run web apps which are memory hogs, more memory is always better. It could also come in handy if you plan to run Ubuntu or another GNU/Linux operating system on your chromebook.

So while some folks might not need the premium options that appear to be on the way, it’s nice to have options. Up until now, if you’ve wanted to buy a chromebook with a touchscreen display, the only option had been the Google Chromebook Pixel which sells for $1299 and up.

3 replies on “Acer Chromebooks with touchscreens, 8GB of RAM on the way?”