Acer was one of the first companies to launch a Chrome OS tablet, but that was way back in 2018 and the company no longer sells that model. Meanwhile, rivals including Asus, HP and Lenovo have been cranking out Chrome OS tablet after Chrome OS tablet.

Now Acer is getting back into the Chrome tablet game with the introduction of a new 2-in-1 called the Acer Chromebook Tab 510. It’s set to go on sale in North America in July for $400 and up. 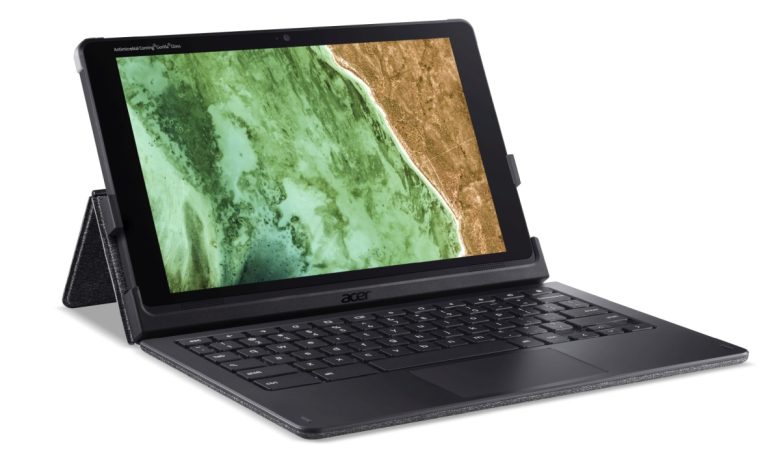 The tablet features a 10.1 inch, 1920 x 1200 pixel display with support for touch and pen input, a Qualcomm Snapdragon 7c Gen 2 processor, up to 4GB of LPDDR4X RAM, up to 64GB of eMMC storage, stereo speakers, and support for WiFi 5 and Bluetooth 5.0.

Acer says the tablet comes with a dockable Acer Active Stylus, which is a USI compatible pen with support for 4096 levels of pressure sensitivity. The pen can be stored in the tablet when you’re not using it.

An optional keyboard folio case will be sold separately. And some models will be available with 4G LTE connectivity. 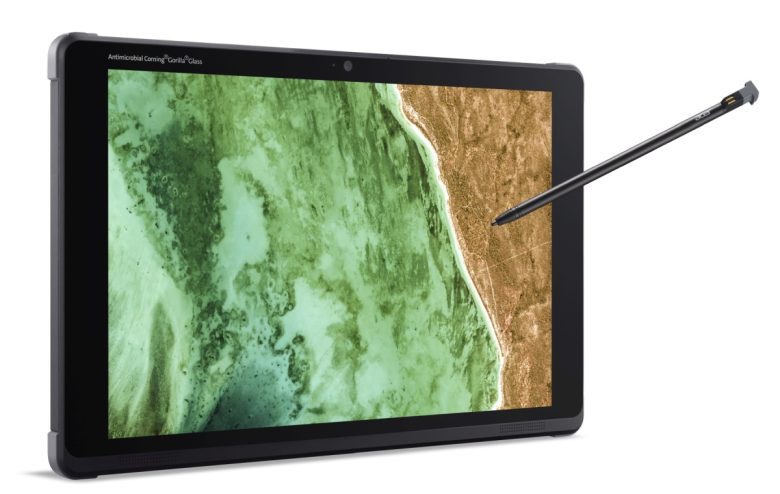 The tablet is designed with durability in mind. It’s MIL-STD-810H tested and the portion of the keyboard where the tablet docks looks a lot sturdier than most. Corners of the tablet have also been reinforced to provide extra protection against bumps and falls.

The tablet features USB-C and headset jacks, and there’s a SIM card reader on models with 4G connectivity.