The first Chromebook with a Qualcomm Snapdragon processor is hitting the streets and early reviews of the new Acer Chromebook Spin 513 suggest it offers long battery life, a decent design, and a few premium features (by Chromebook standards) including a full HD display and backlit keyboard.

What you shouldn’t expect? Stellar performance. Acer’s latest Chromebook is powered by a Qualcomm Snapdragon 7c processor which is a chip designed for budget laptops, and it offers the kind of performance you’d expect from a Chromebook with other entry-level chips like a MediaTek MT8183 processor or an Intel Celeron N4020 chip.

The Acer Chromebook Spin 513 should be available soon from Walmart soon for $349 and up, and it should hit other retailers in the coming months. 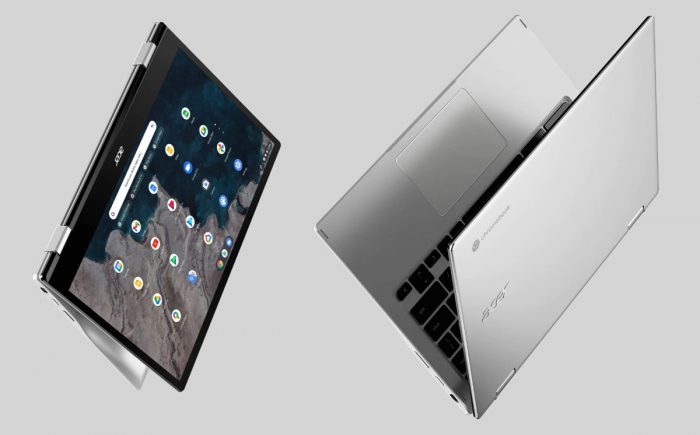 For that price, you get a 2.6 pound Chromebook with a 13.3 inch, 1920 x 1080 pixel IPS touchscreen display, a 360-degree hinge that lets you switch the computer from laptop to tablet mode, and support for pen input.

You also get 4GB of LPDDR4x memory, 64GB of eMMC storage, and support for WiFi 5 and Bluetooth 5.0. The notebook also features two USB-C ports, a USB-A port, a headset jack, and stereo speakers.

In the future Acer plans to offer models with up to 8GB of RAM and 128GB of storage. And perhaps the most interesting thing about this laptop is that it’ll eventually be available with optional support for 4G LTE, something that’s rare in current-gen Chromebooks. 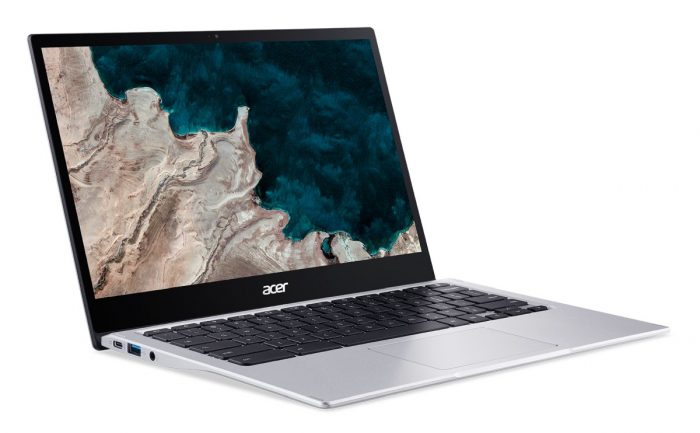 According to reviews from Android Central and Android Authority, the WiFi-only model comes close to meeting Acer’s promise of 14 hours of battery life despite having a relatively small 36Wh battery. That’s likely due to the energy-sipping Snapdragon 7c processor.

Unfortunately, that chip struggles when you try to push the Chromebook to its limits by doing things like plugging in an external display. It should be good enough for basic web browsing, even with dozens of browser tabs open. But I suspect you’d start to notice its limitations if you tried running resource-intensive Android or Linux apps (something reviewers surprisingly haven’t seemed to try).

Update: Chrome Unboxed has posted a review with some more details indicating underwhelming performance while running Android apps or when using an external monitor. For light usage, and given the $349 starting price, the Acer Chromebook Spin 513 isn’t necessarily a bad option. Just don’t expect stellar performance. 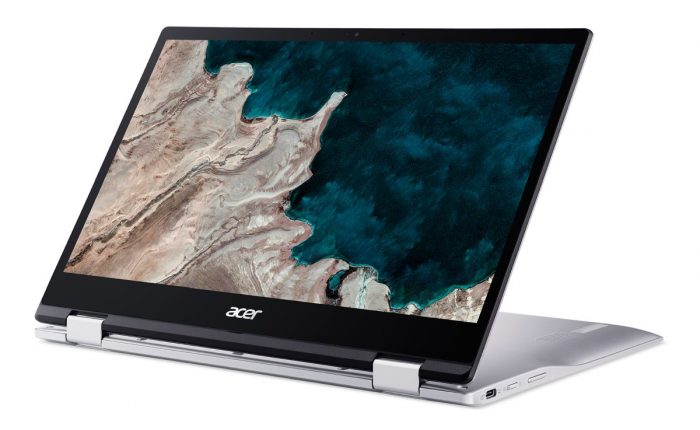 With that in mind, the WiFi-only model faces competition from similarly-priced Chromebooks with MediaTek or Intel processors. On a good day, you may even be able to find a model with an Intel Core i3 chip for around $400 or less.

But if and when the 4G LTE model arrives, it may be one of the only options with that feature. So it’s good to know that even if the Snapdragon 7c processor isn’t a speed demon, it at least offers acceptable performance for basic tasks.

One other thing to note though? The Acer Chromebook Spin 513 does not have an SD card reader. If 64GB (or 128GB) of storage isn’t enough for you, that means your only options are to rely on cloud storage or USB storage devices.