As promised, Google has begun rolling out Android app support to a growing number of Chromebooks. After making the Google Play Store available for the Acer Chromebook R11, Asus Chromebook Flip, and Google Chromebook Pixel (2015) this summer, the company added support for several more models in October.

Now you can add one more to the list: The Acer Chromebook R13.

This is a convertible model with a 13.3 inch touchscreen display, 4GB of RAM, and support for up to 64GB of storage. 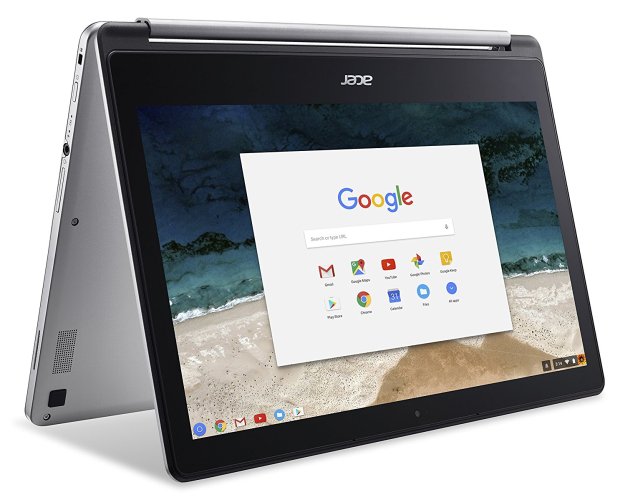 Note that in order to use Android apps on this Chromebook, you’ll need to be running the Chrome OS beta channel for now. Early reports suggest that apps run well, but there are still a few kinks to work out.

The laptop measures about 0.6 inches thick and weighs about 3.3 pounds, which makes it a bit big and heavy for a tablet, but relatively compact by 13 inch laptop standards.

Android apps aren’t only coming to Chromebooks with touchscreen displays, but a lot of apps that were designed for phones and tablets will be easier to use on convertible models like the Acer Chromebook R13.

via Brent Sullivan and Chrome Unboxed