It’s also a Chromebook that should do a pretty good job of supporting Android apps as well as web apps. The notebook has 4GB of RAM and supports up to 64GB of storage, giving you plenty of space for games and media.

The Acer Chromebook R 13 should be available in October for $399 and up. 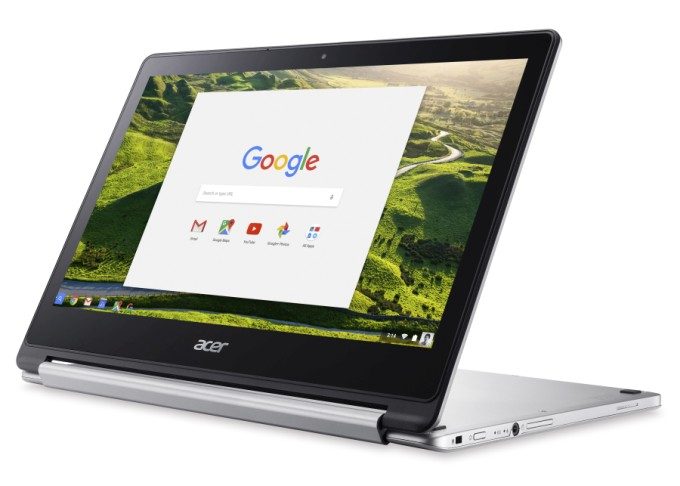 In other words, this is the model that we first heard about in July, but now we know the launch date, price, and what the laptop looks like.

Acer says the Chromebook R 11 should get up to 12 hours of battery life and the notebook features 802.11ac WiFi, Bluetooth 4.0, and features USB 3.0, HDMI, microSD card, and headset ports. There’s a 720p webcam above the screen.

Right now there are only three Chromebooks that support Android apps: the Acer Chromebook R 11, Asus Chromebook Flip, and the (now-discontinued) Google Chromebook Pixel (2015). But it probably won’t be long before Google adds support for new models like the Chromebook R 13.