Acer may be preparing to launch one of the first Chromebooks powered by an NVIDIA Tegra K1 processor. A 13.3 inch laptop called the Acer Chromebook CB5 showed up recently at Swedish retail site Komplett.se.

The notebook’s not available for purchase yet, and the page has been updated to say the product is “no longer in our catalog,” but the cat may already be out of the bag… or maybe the cat was always in the wrong bag and this product isn’t real. 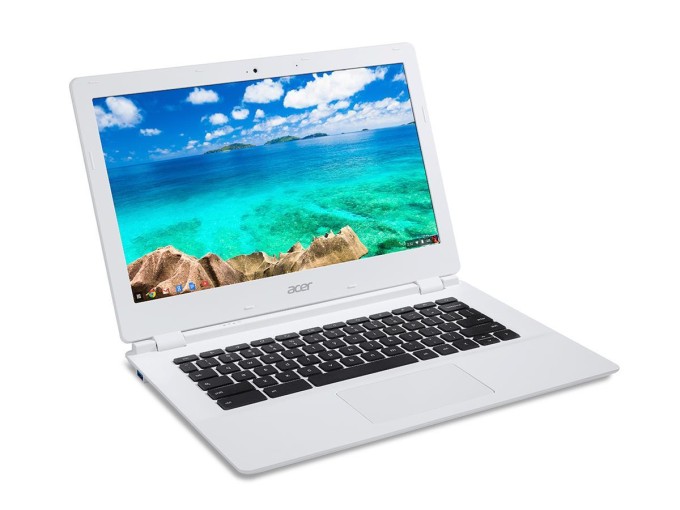 It’s powered by an NVIDIA Tegra K1 processor, which is a quad-core ARM-based chip with 192-core graphics. The system has two USB 3.0 ports, an Ethernet jack, a headset jack.

So far only a handful of Chromebooks featuring ARM-based chips have been released, and if the Acer Chromebook CB5 is real, it might be one of the first to feature an NVIDIA processor.

On the other hand, it’s not entirely clear what benefits an ARM chip offers: Chromebooks with Intel Bay Trail and Haswell chips offer long battery life, decent performance, and nearly instant-on capabilities. I’m testing the Asus C200 Chromebook this week, and while it’s not as fast as some models, it gets up to 12 hours of battery life under real-world conditions.

The Acer Chromebook CB5 might be released sometime around August 1st. Acer is also planning to launch a Chrome OS laptop with an Intel Core i3 Haswell processor later this year.

via Android Police and +Martin Ross