The first Chromebooks with AMD processors are coming soon… and they’re cheap. Both HP and Acer plan to begin selling AMD-powered Chrome OS laptops in the next month or two, with prices starting at less than $300.

While HP’s first AMD Chromebook sports a 14 inch display, Acer is starting with a 15.6 inch model called the Acer Chromebook 315. It’s expected to be available in North America next month for about $280 and up. 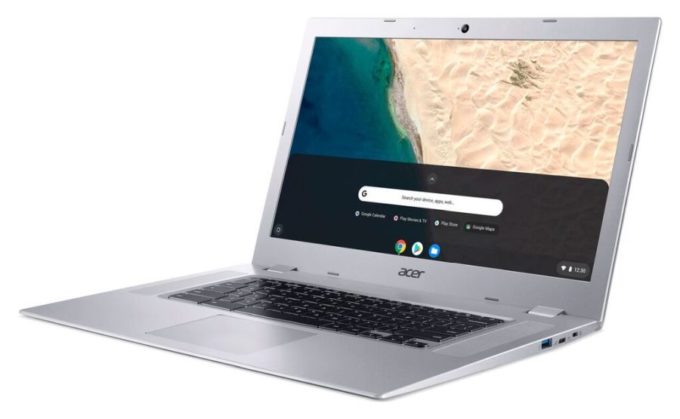 The most interesting thing about the notebook is obviously its processor — but don’t expect stellar performance from the entry-level chips finding their way to Chromebooks.

AMD’s new A4-9120C and A6-9220C are low-power (6 watt) budget chips for cheap Chromebooks. The chip maker claims they’ll offer better browsing email, and productivity performance than a Chromebook with an Intel Celeron N3350 or Pentium N4200 processor… but those are both “Apollo Lake” chips released more than 2 years ago. It’s unclear how competitive AMD’s new chips will be with Intel’s current-gen “Gemini Lake” processors.

The laptop features a 15.6 inch, 1920 x 1080 pixel IPS display, stereo speakers that face upward, two USB Type-C Gen 1 ports that can be used for charging and/or data, two USB 3.0 ports, a headset jack and a an HD webcam.

Acer will offer models with up to 8GB of RAM and up to 32GB of eMMC storage, and the laptop will be available in touchscreen and non-touch versions. The touchscreen model also has a backlit keyboard.