Chromebooks are continuing to shed their “cheap” laptop image. These days they’re just laptops… or sometimes tablets. Like competing Windows or macOS/iOS devices, they come in a range of sizes, shapes, and price ranges. And Acer’s new Chromebook 13 and Chromebook Spin 13 are definitely premium devices.

First unveiled in May, Acer has now announced pricing and availability for these high-end Chromebooks aimed at the business market (but which will be available for anyone).

Both will be available in the US and Canada in September, with the Acer Chromebook 13 selling for $650 and up and the Chromebook 13 Spin starting at $750. 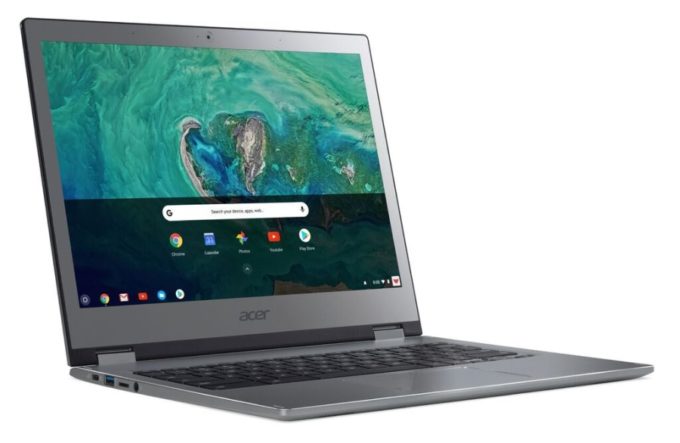 Both laptops feature 13.5 inch, 2256 x 1504 pixel IPS displays with a 3:2 aspect ratio, an all-aluminum body, and a touchpad covered with Corning Gorilla Glass.

The computers supports 802.11ac WiFi and Bluetooth 4.2, have dual USB 3.1 Type-C ports that can be used for charging, data, or video output. And Acer says the computer support up to 10 hours of battery life.

What distinguishes one model from the other is that the Acer Chromebook Spin 13 has a touchscreen display and a 360-degree hinge that allows you to use it as a tablet. The Spin 13 also has a Wacom EMR pen for pressure-sensitive writing or drawing. And it will be available with more memory and RAM than Acer offers on the non-touch, non-tablet version. 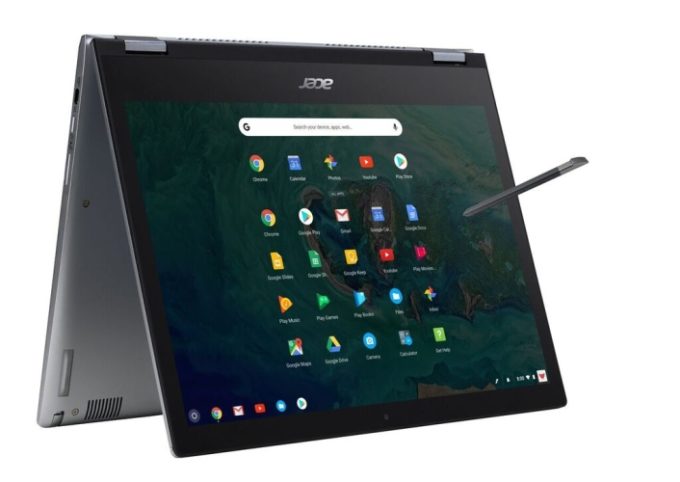 There is one feature that has a distinctly non-premium feel: the laptops all feature eMMC flash storage instead of a faster solid state drive.

Here’s a run-down of the pricing and configuration options that will be available in September.

It looks like Acer gave the entry-level model a bit of a spec bump since I saw the computers in May. At the time the company suggested the non-touch version would only be available with up to a Core i3 processor and that there might be Celeron and Pentium processor options. It’s possible the company could still offer those options in other markets.

As for whether it makes sense to spend this kind of money on a Chromebook, that depends on what you use a computer for. There was certainly a time when expensive Chromebooks were a tougher sell because they Chrome OS was basically a glorified web browser and not much else. That made early Chromebooks practically useless if you didn’t have an internet connection or if there wasn’t a web app that could do the things you wanted.

These days you can also install Android apps on most new Chromebooks, and support for Linux applications is making its way from an experimental feature to something that should be available as an option for stable channel users in a few months.

So there are fewer and fewer things a Chromebook can’t do. But $650 – $950 is still kind of a lot of money to spend on a computer that may not be able to run some of the applications you’re used to running on a Mac or PC… so unless you’re willing to embrace the new ecosystem (or you’re a first-time computer buyer with no old habits to shed), it’s likely that you will continue to think of Chromebooks as secondary devices rather than primacy computers for the forseeable future.

Or maybe your a Linux enthusiast looking for a machine with decent hardware that doesn’t come with Windows pre-installed. Viewed from that angle, the growing number of options for high-end Chromebooks like the Acer Chromebook 13 and Acer Chromebook Spin 13 probably looks like very good news.

And if you consider Acer’s target market, the Chromebook 13 and Chromebook Spin 13 might make even more sense. Businesses that have gone all-in on Google Docs and other Google applications can offer high-quality hardware with strong performance, relatively strong security, and strong management tools for IT pros. All the apps an employee needs to run should work out of the box, and if anything happens to one Chromebook, a user can login to another machine with their ID and password and pick up right where they left off, only losing access to files that were saved to local storage.