Acer’s new C250i portable LED wireless projector has a battery that runs for up to five hours, an LED module that the company says should be good for up to 30,000 hours of use, and some special features that make it clear that this is very much a projector designed for use with smartphones.

One example? There’s an auto-portrait mode that will detect if you’re trying to play vertical videos without painting black bars on a wall, screen, or ceiling. 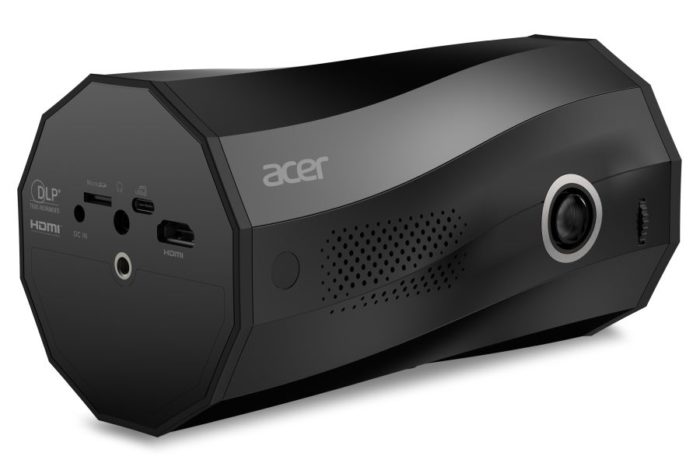 The projector also has an unusual, somewhat cylindrical design that allows you to roll it until you find the appropriate angle for beaming content at your screen. But when you stand it up on one of its flat sides, video will switch to portrait mode.

The Acer C250i projector has a native resolution of 1920 x 1080 pixels, a 5,000:1 contrast ratio, and 300 ANSI lumens brightness. The projector features 5 watt stereo speakers, and when you’re not using it as a projector, the device also functions as a portable power bank.

While you can use the projector wirelessly, it also has an HDMI port for a wired connection to a laptop or other video source. There are also USB Type-C and Type-A ports, a headset jack, and a microSD card reader.

Acer says the C250i portable projector will be available in January for $489.