Acer is updating its ConceptD line of laptops designed for creative folks working on image, video, and game design, among other things.

The new models are high-performance computers with 11th-gen Intel Core processors and NVIDIA GeForce RTX 30-series graphics. But there are also some unusual features in select models. For example, the new Acer ConceptD 7 SpatialLabs features a glasses-free 3D display, while the new ConceptD 3 Ezel (CB315-73G) features an easel-like display that pulls forward over the keyboard. 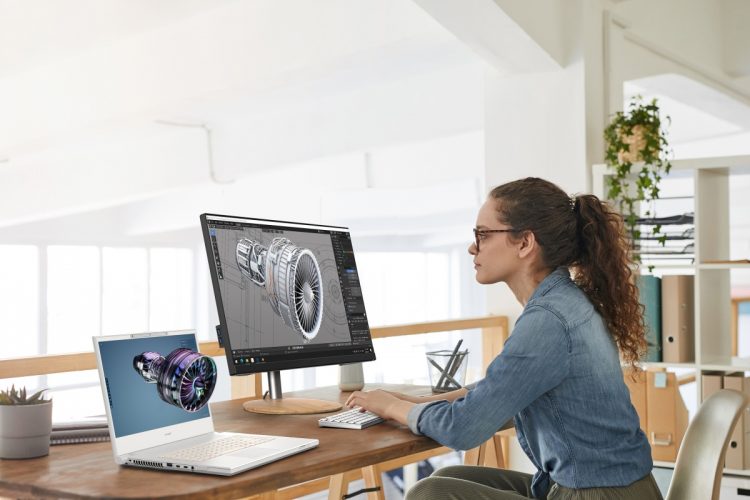 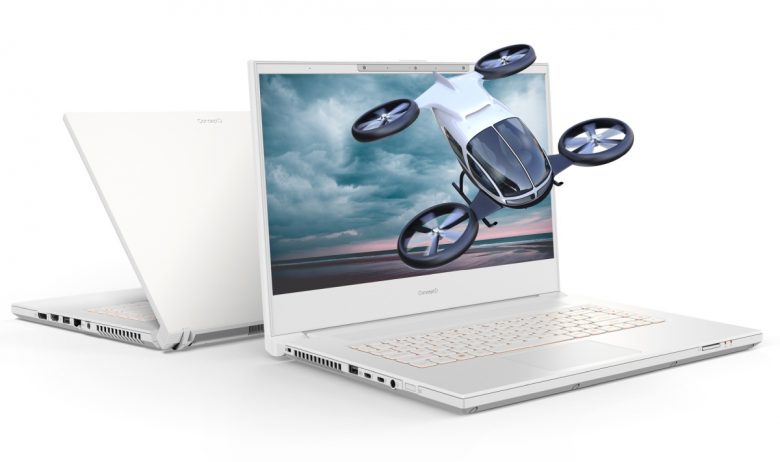 The idea is to let folks who are designing 3D graphics interact with those designs without the need to put on a headset, but I’ll be curious to see whether this is any more than a gimmick. At least it sounds more powerful than the 3D display technology Amazon used on the widely-panned Fire Phone.

The laptop itself also packs a lot of horsepower, with an Intel Core i7-11800H processor, NVIDIA GeForce RTX 3080 graphics, and support for up to 64GB of RAM and 2TB of NVMe solid state storage.

Those specs (and that stereo display) don’t come cheap though. The ConceptD 7 SpatialLabs Edition laptop will go on sale in Europe in December for about $3600. The laptop will also be available in North America sometime next year, but pricing hasn’t been announced yet.

As we noted when Microsoft launched the Surface Laptop Studio with an easel-like display, this is a design that Acer has been using on and off for years. But it’s hard to resist the urge to compare the latest model with Microsoft’s new premium laptop, because the new Acer ConcetpD 3 Ezel has a bigger, higher-resolution display and a slightly lighter body. 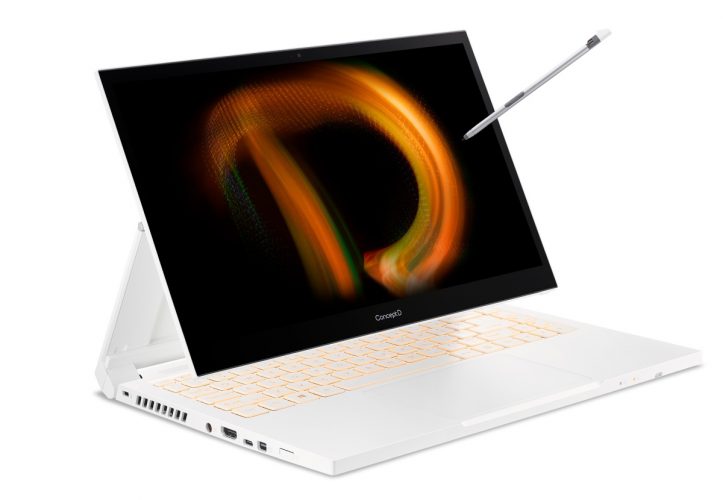 Acer also offers a 74 Wh battery for some models though, which should provide longer battery life.

The new Acer ConceptD3 Ezel has a touchscreen display and support for a pressure-sensitive Wacom EMR digital pen and the laptop will be sold with up to 16GB of RAM, up to 1TB of PCIe Gen 4 NVMe storage, but there are two SODIMM slots for memory, so users can upgrade the notebook with up to 32GB of total RAM. 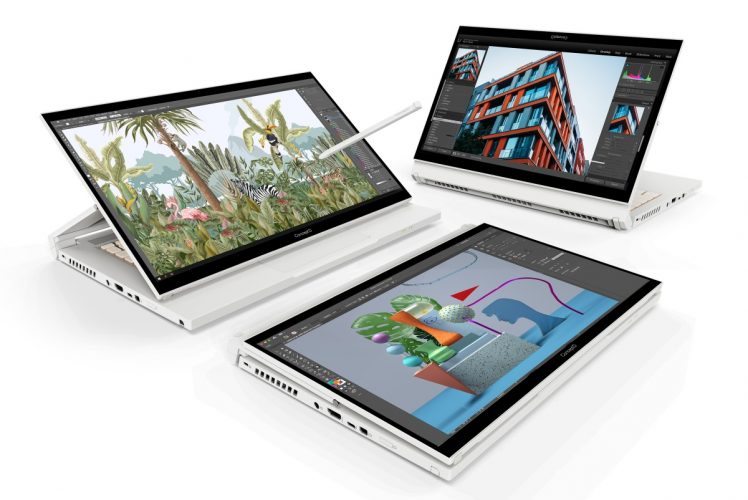 Other features include NVIDIA GeForce RTX 3050 Ti graphics and support for WIFi 6 and Bluetooth 5.1.

Acer says the new ConceptD 3 Ezel will be available in North America in November for $1900 and up, but it will hit Europe first, where it launches in October with prices starting at 2099 Euros. A Pro model with NVIDIA T1200 graphics will also be available for 2199 Euros and up. 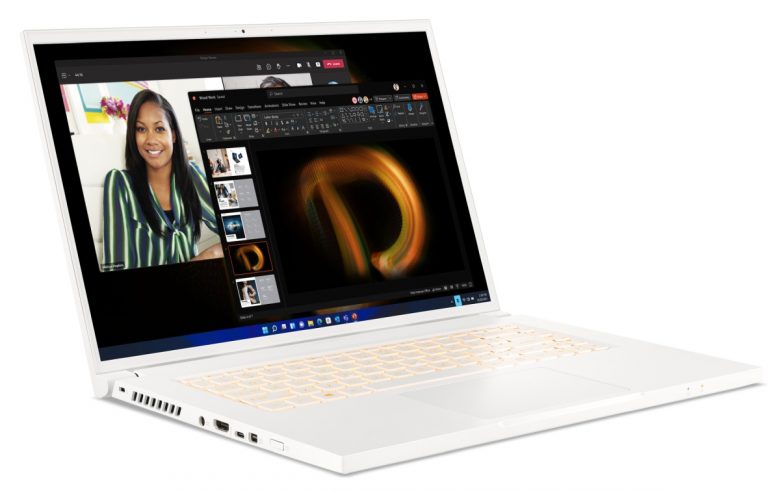 Acer says the notebook measures 0.94″ thick and has a starting weight of 4.9 pounds when configured with a 56 Wh battery, but there’s also a 74 Wh battery option for folks that need longer run time.

The laptop comes with an 11th-gen Intel Core i7 processor and NVIDIA GeForce RTX 3050 Ti graphics and supports up to 32GB of RAM and 1TB of PCIe Gen 4 solid state storage.