Acer CEO Jason Chen tells Bloomberg the company will unveil a new “Build Your Own Cloud service” on April 1st to focus on its strengths moving forward. He also blames Acer’s early investment in ultrabooks for some of the company’s financial difficulties. 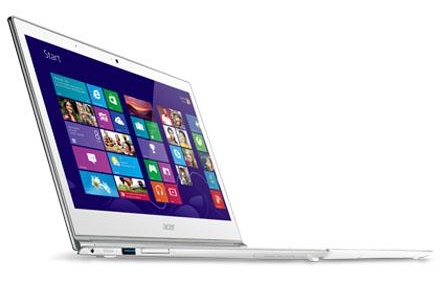 There are a few ways to read that latter claim. On the one hand, Chen apparently told Bloomber that they invested “too early” and at a time when there wasn’t a market for the thin and light laptops Intel was pushing. The implication is that PC makers were offering ultrabooks, but shoppers weren’t buying them.

But there’s another way to look at the past few years. While people might not use the word “ultrabook” all that much when describing notebooks, there are a lot more thin and light models available than there were before Intel launched its initiative in 2011. And some of the features Intel pushed for ultrabooks are becoming common across notebooks of all shapes and sizes, including solid state drives and touchscreens.

It’s questionable whether Acer’s decision to start offering ultrabooks close to day one really hurt the company — or if Acer’s offerings just weren’t as attractive as some competing models.

Acer’s released a few different ultrabooks since 2011. The Aspire S3 lineup features some of the cheapest ultrabooks around, but they haven’t exactly been praised for design, build quality, or battery life.

The more recent Aspire S7 line feature attractive glass lids and super-slim and light cases. But they’re expensive and until Acer updated the S7 with Haswell processor options, they were power-hungry devices with poor battery life and noisy fans.

As Ultrabook News suggests, Chen may be blaming Intel’s ultrabook strategy, but it may be Acer’s own products that hurt the company’s revenues in the past year or two.

14 replies on “Acer blames its ultrabooks for financial losses, promises new strategy in 2014”