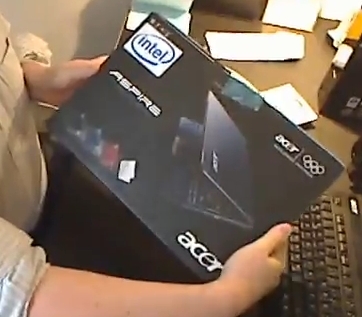 I’m going to do a little public service announcement and point out that if you’ve seen one of these models unboxed, you’ve pretty much seen them all unboxed since the only real differences are in the inside. But with that in mind, German YouTube user Thorsten Biedenkapp has posted the first unboxing video I’ve seen of the Acer Aspire Timeline 1810TZ, so I’ve gone ahead and embedded it after the break. It’ll make more sense if you speak German, but to some degree, unboxing videos speak a universal language all their own.

You can also check out my unboxing video of the Aspire 1410 here.