Acer’s Aspire R 13 is a notebook with a touchscreen display that can flip so it faces away from the keyboard or folds down over it so you can hold the computer like a tablet.

First introduced at the IFA trade show in Berlin in September, the Aspire R 13 is scheduled to hit the streets later this month for $899 and up.

This week the convertible notebook made its way through the FCC website on its way to store shelves. 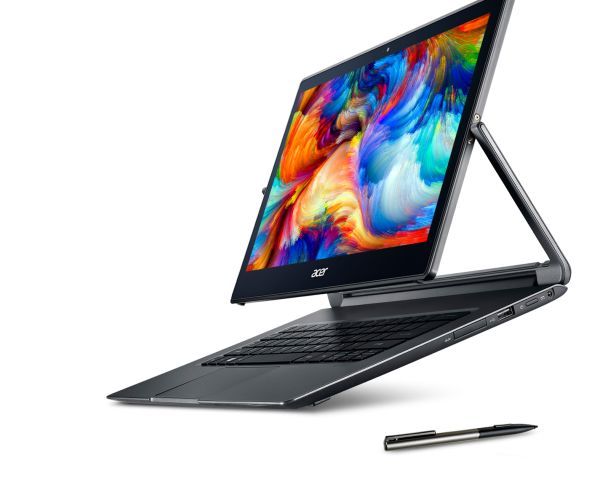 Acer says the system will feature Intel Core i5 or Core i7 processors, up to 8GB of RAM, and a solid state drive for up to 1TB of storage space.

The display and its hinge are probably the most unusual features of this notebook though. Acer calls the hinge “Ezel Aero” and says it offers 6 different modes, including notebook, tablet, stand, and tent modes.

Some of those modes are probably more useful than others (I’m not sure why you’d want the screen to float over your hands as you type).