The Acer Aspire One 756 is a cheap portable laptop with an 11.6 inch display and a starting price of just $330.

While Acer has been offering netbooks with Intel Atom processors under the Aspire name for years, the Acer Aspire One 756 is a little different. Instead of an Atom chip, it’s available with a choice of Intel Celeron 877, Intel Pentium 967, or Intel Pentium 987 processors.

These aren’t exactly top-of-the-line chips, but they should make the laptop faster than a typical netbook. 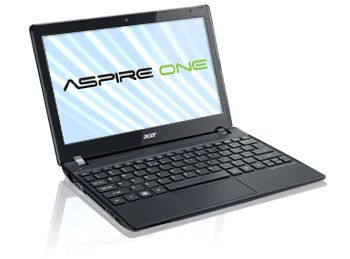 First introduced in May, the Acer Aspire One 756 is now available at select stores. I haven’t seen any online retailers selling the laptop yet, but it’s apparently on sale in-store in at least one CostCo location.

The least expensive models sell for $330, while the priciest versions run $380.

There are also mid-range devices for $350.

I guess not all thin and light laptops released this year are going to be ultrabooks costing $700 or more.