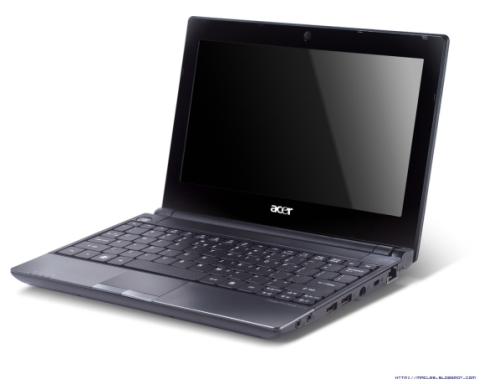 Acer is reportedly preparing to launch a new 10.1 inch netbook that chucks the Intel Atom chipset for an AMD chip. Macles reports that the Acer Aspire One 521 will have a 1.2GHz AMD V105 single core processor.

The V105 is part of AMD’s Nile lineup, and it has 512KB of L2 cache, support for DDR3 memory, and a total power draw of 9 watts, which makes it pretty efficient for an AMD chip. What we won’t know until someone gets a chance to run some benchmarks is how the AMD V105 compares to an Intel Atom chip when it comes to performance.

The Aspire One 521 will also reportedly have ATI Mobility Radeon HD 4225 graphics and the AMD M880G chipset. As you can probably guess from the fact that the graphics processor has HD in the name, the netbook should be capable of HD video playback and it even has an HDMI output. I wouldn’t expect NVIDIA ION-quality 3D graphics performance here, but it seems like 720p and maybe even 1080p HD video support should be on the table.

According to Macles, the netbook will have optional Bluetooth 3 support and a compact charger with changeable plus. The battery is supposed to be good for up to 7 hours.

No word on a launch date or price. You can find more pictures at Macles, which has a pretty good track record of digging up news on unannounced Acer laptops.

This wouldn’t be Acer’s first foray into producing an ultraportable lapotp with an AMD processor. The company has been offering the Acer Ferrari One with an 11.6 inch display and an AMD Athlon 64 X2 dual core processor since December.